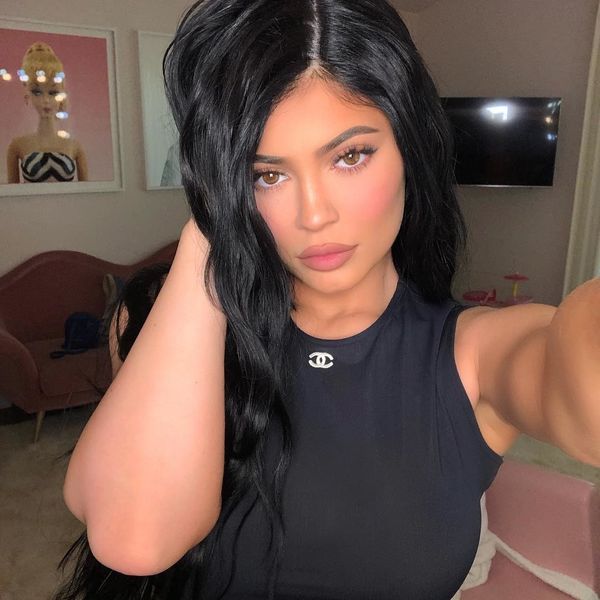 Kylie Jenner Fans Are Begging for a Skincare Line

Kylie Jenner has gone makeup-free, once again. In a recent Instagram post, Jenner showed off what appears to be her natural skin, attracting a horde of compliments from her doting 130 million fans. "Glow," one follower wrote. "Where's the skincare line, girl?" another added, highlighting an obvious opportunity for Kylie Cosmetics.

Earlier that day, she was also spotted barefaced IRL while making a trip to see her hairstylist, and didn't hesitate to click a few pictures with fans. The 21-year-old later posted a number of videos on Instagram stories showing off her untouched skin.

In what seems to be becoming a pattern of sorts, Jenner also appeared without her signature lipstick, fillers or contour in a 2018 Vogue Australia cover.

Explaining the motivation behind her look, she said: "I feel like having a daughter, and thinking about beauty in the future, has definitely changed me, and I feel like it has made me love myself more and accept everything about me. It's just having a different outlook on life so I can pass that on to her. I want to be an example for her. What kind of example would I be if she said she didn't like her ears, and then I didn't like them either? I just want to teach her that. I'm trying to love myself more."

Although a number of celebrities including those from the Jenner/Kardashian Klan, have chosen to appear sans makeup in the past year, Jenner's decision is particularly interesting. Not only does she own a multi-million dollar beauty empire entirely set up on selling makeup, but it's also the reason behind her newly anointed (and highly debated) "self-made billionaire" status.

Moreover, the beauty influencer has time and again talked about how she felt insecure about her once un-touched visage and how the "transformative" powers of makeup helped her gain more confidence.

"Makeup is something that makes me feel empowered, makes me feel good, and I think it's such a positive thing," she told PAPER. "There's no harm in playing around with it and feeling good about yourself." Explaining how both fillers and makeup shaped her perspective, she added: "People think I fully went under the knife and completely reconstructed my face, which is completely false. I'm terrified! I would never. They don't understand what good hair and makeup and, like, fillers, can really do"

Are these frequent makeup free-appearances, including the most recent one emphasizing shiny natural skin, indicative of a soon-to-be announced Kylie Skincare product line? It wouldn't be completely unwise. If anything, the recent skincare boom would perhaps supplement her already mega successful brand. Who doesn't want Jenner's fresh dewy glow?