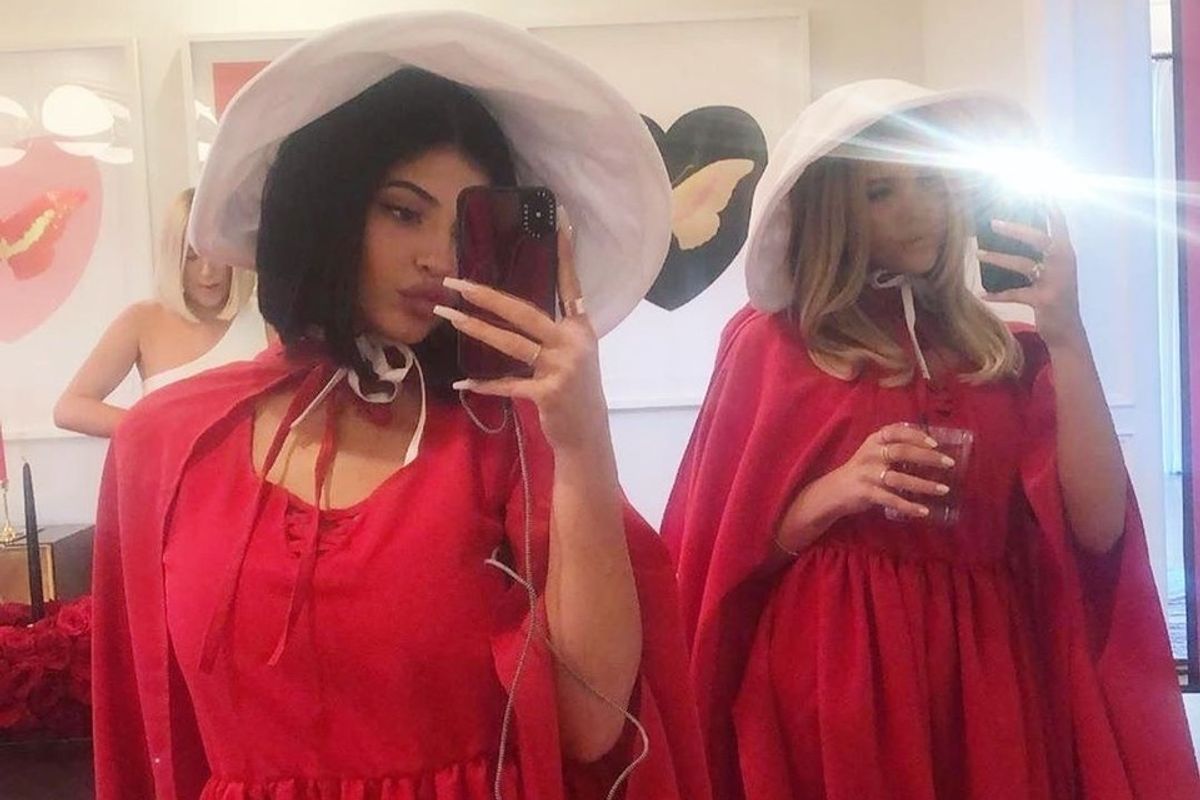 Kylie Jenner Sure Does Love 'The Handmaid's Tale'

The striking blood-red robes worn by Offred and her fellow handmaids in The Handmaid's Tale have become embedded in not just popular culture, but also our daily political lives — the Hulu show has given new meaning to Margaret Atwood's vision of anti-choice America. As such, the costume designed to be worn by Elisabeth Moss has become everyday protest wear for activists picketing outside of courtrooms and government chambers.

It has also become pretty popular at costume parties. The past couple of Halloweens have seen sexy Handmaids become a thing, and now party planner extraordinaire Kylie Jenner is getting in on the trend. She hosted a Gilead-themed soiree over the weekend for her longtime friend Stassi's 22nd birthday. (Jordyn Woods? Nowhere to be seen.)

Related | Interview: The Costume Designer Behind 'The Handmaid's Tale' Season 3

Attendees, including Scott Disick's soon-to-be-fiance Sofia Richie, all wore the robes and posed for numerous selfies in them. The waitstaff wore servile Martha costumes, which… where to begin? There were two themed cocktails: "Under His Eye Tequila" and "Praise Be Vodka."

It's hard to believe that Jenner isn't aware of the symbolic significance behind the robes. She has spoken about being a huge fan of Hulu's show, so presumably understands that handmaids are routinely raped and live lives of fear and despair. And to be fair, she's also a known supporter of reproductive rights. Maybe she and her friends were actually fundraising for Planned Parenthood in between cocktails? Let's go with that.