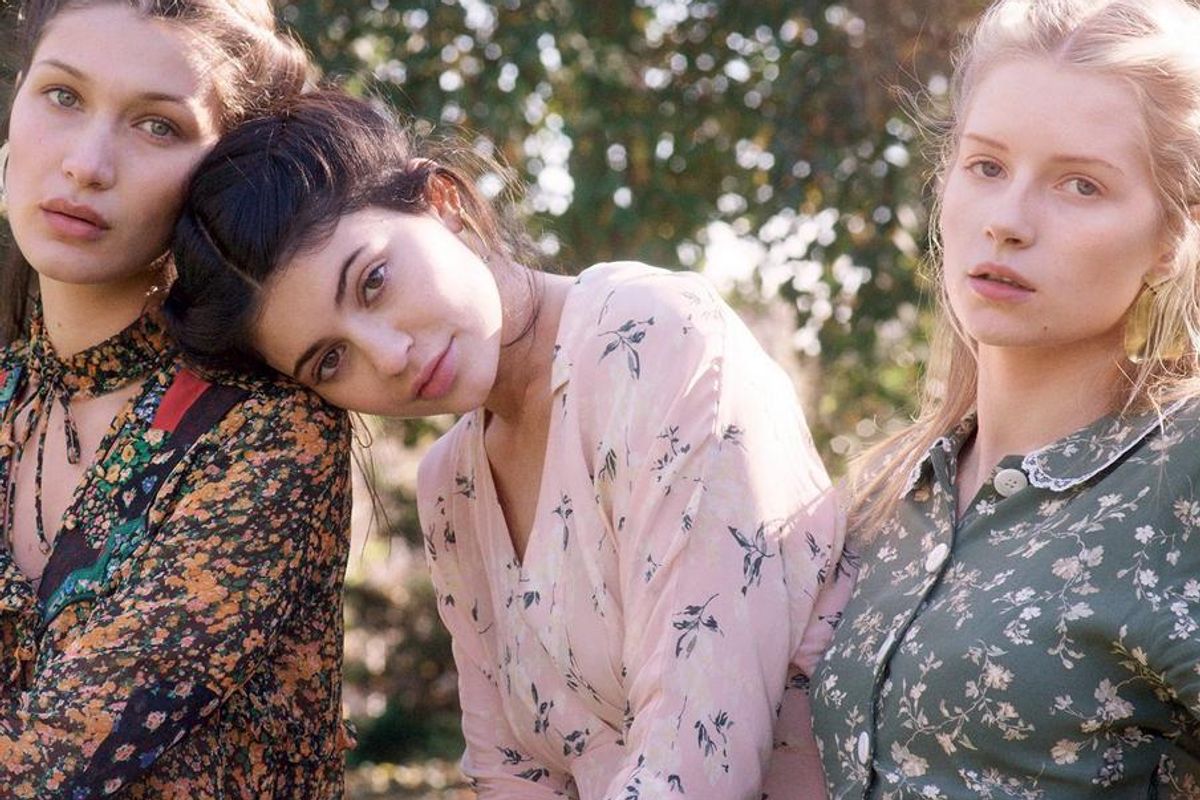 Kylie Jenner, Bella Hadid, and Lotte Moss don their best Joseph Smith-approved hairdos, and get their sister-wife on for a new " Steal of the Month" article in Vogue.

Despite their age, the post-millennial trio have become moguls in their own right, especially Kylie who, (along with sister Kendall), has clothing lines with PacSun and Topshop, and is also about to launch her version of sister Kim's wildly popular Kim Kardashian: Hollywood mobile game.

"It's like Kim's, but for a younger generation," Kylie said.

Bella has been making waves on the runways and recently was tapped as the face of Topshop's holiday campaign, a role her older sister Gigi had last year.

Meanwhile, Lotte Moss (only 17), still has to finish high school (literally, kill me) and has plans to move to London to model as well as attend university for media and fashion photography; she got bit with the photography bug after meeting Mario Testino at big sis Kate's 2011 wedding.

Watch the girls play a very PG and only mildly unsettling version of "Shag, Marry, Kill."