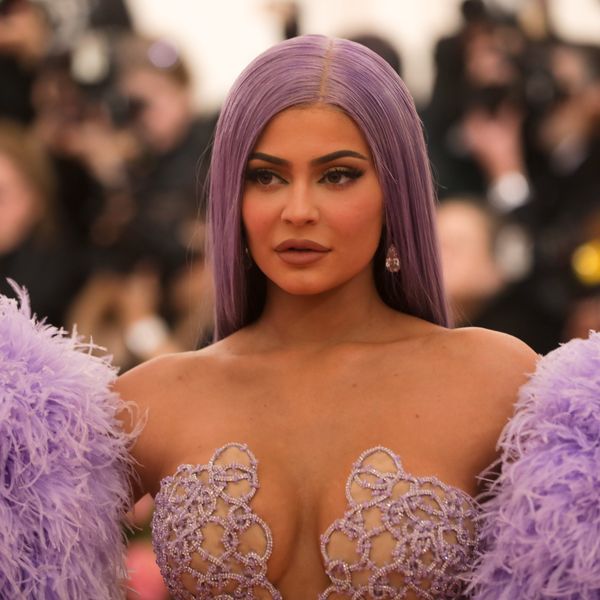 It's no secret Kylie Jenner has had her eyes set on expanding her already uber successful beauty empire. After adding skincare and even baby products to her eponymous, Kylie Cosmetics, the young influencer is now courting a huge investment deal with Coty Inc.

According to WWD, Jenner might be in talks with the conglomerate for a stake of 51 percent or higher. The beauty mogul is reportedly quoting a minimum of $600 million for the potential deal. It still might be a little premature to make any calls on whether Jenner will go through with it or not, but it seems the sellout has been on the 21-year-old's mind for a while now.

Sources claim that over the years Jenner has explored a number of potential partnerships, none of which of course came to fruition.

Earlier this year, Jenner confirmed to WWD that the company has seen incredible success and so there's always bound to be "some interest." Although neither Jenner or Coty have issued an official comment, this would mark a huge turning point in Kylie Cosmetics' upcoming ventures.

Jenner experienced an unprecedented amount of success after the launch of Kylie Cosmetics in 2015. Earlier this year, Forbes granted her the youngest "self made" billionaire status elevating her net worth to an even higher degree.

It'll be interesting to see how receptive Jenners' followers will be to a potential buy out of one of the most popular independent beauty brands on the market today.