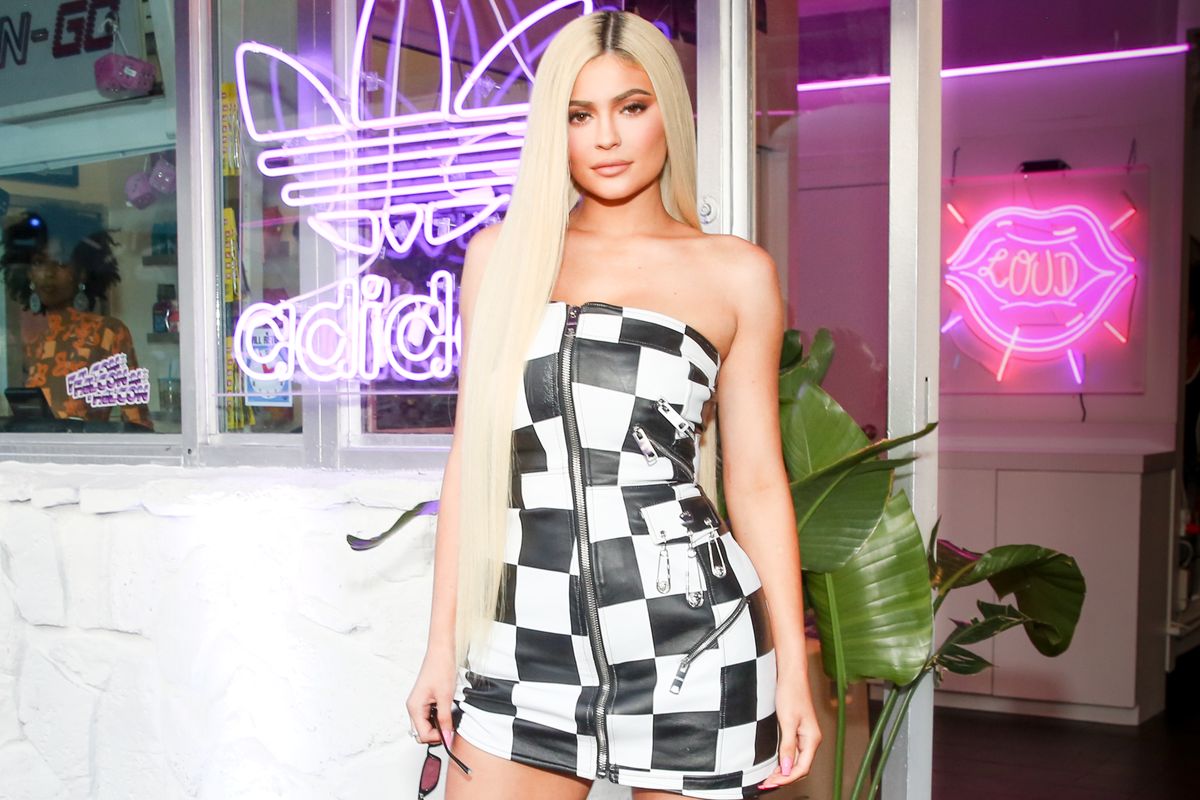 Kylie Jenner has officially left Puma to join the rest of her family as a brand ambassador for Adidas, kicking off her launch in L.A. on the eve of the marathon that is Fashion Month. Her sign-on with the brand has coincided with the Falcon sneaker, which was launched amid an air of nostalgia and '90s vintage.

The fête was gas station-themed, right down to Jenner's dress, which was a leather strapless mini dress with a black-and-white racing checkerboard pattern and moto jacket-style zippers and hardware. On her feet were, of course, a pair of black-and-white Falcons that we've seen all over her Instagram as well as that of her sisters for the past few weeks. The venue itself was even a former gas station on Sunset Boulevard, with drink coolers filled with the Adidas kicks and shelves of candy aiding in the theme.

The '90s-themed party was meant to throw back to sporty street parties of the decade. While Jenner herself might have missed those parties youth, she's certainly a champion of the culture in modern day fashion.

To coincide with the launch, Jenner and Adidas also released a few behind the scenes video clips and images from her advertisement shoot which, in the retro way in which it was filmed as if from a HandyCam, made us feel as though we were actually watching a home movie from 1994 (side note: Kylie was born in '97).

You can now not only shop the $100 Falcon sneakers on the brand's website, but also a selection of clothing that completes the throwback style vibe, from strapless jumpsuits to ultra cropped sweatshirts, snap pants and graphic tees alike.