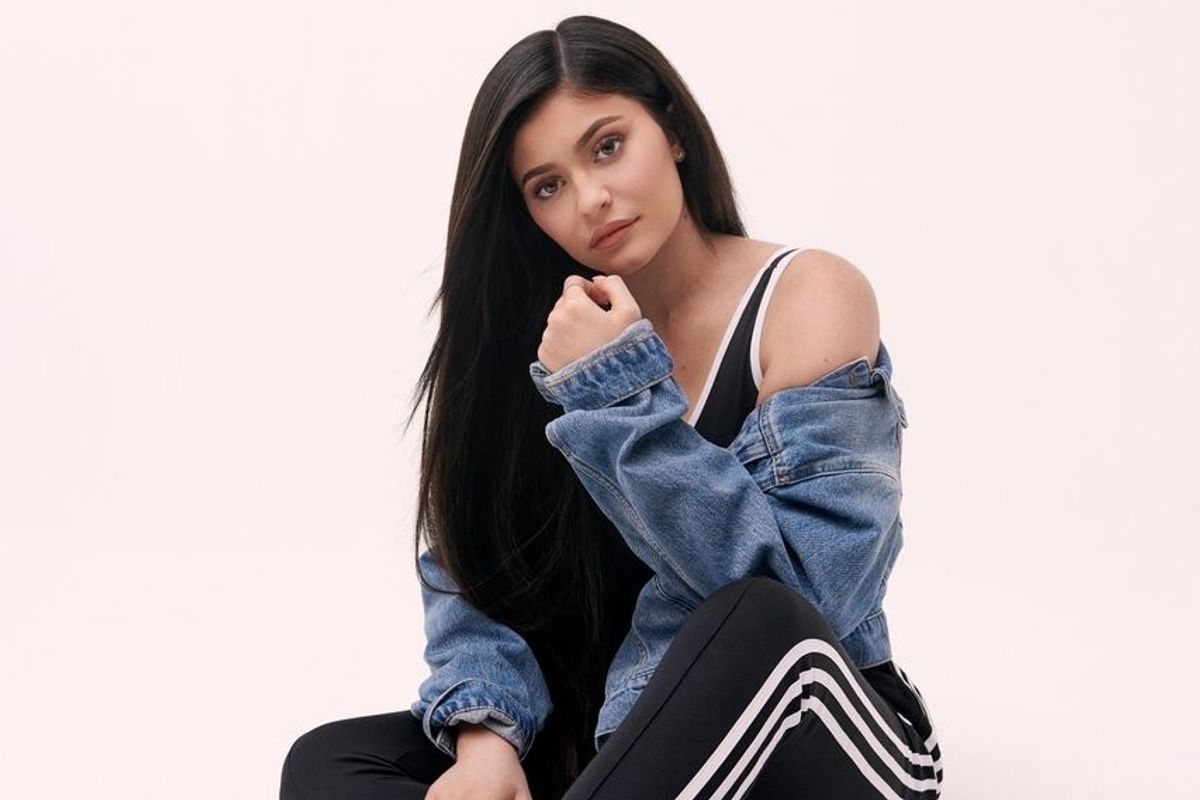 1997 was quite a year. Britney Spears released her debut album, Baby One More Time, Steve Jobs returned to run Apple, Bill Clinton began his ill-fated second term as president, and Kylie Jenner was born. It is this last fact that forms the inspiration for a new adidas Originals campaign starring the beauty mogul and featuring the Falcon Dorf runner, made in the same year.

The brand is releasing an updated version of the original sneaker. Alegra O'Hare, VP of Global Brand Communications, said in a press release: "With Falcon we are continuing to develop the adidas Originals narrative. We are interested in creating tomorrow's streetwear by reinventing the most iconic sportswear from our archives. Falcon is inspired by the Falcon Dorf, an iconic model from the '90s: its bold and unapologetic DNA is at the core of today's Falcon and reflects the confident mindset of a new generation of female creative consumers."

The new Falcon comes in a gray, pink, black and blue colorway and features classic mesh and suede overlays, a molded heel and reflective detailing, creating a nostalgic take on the statement sneaker trend.