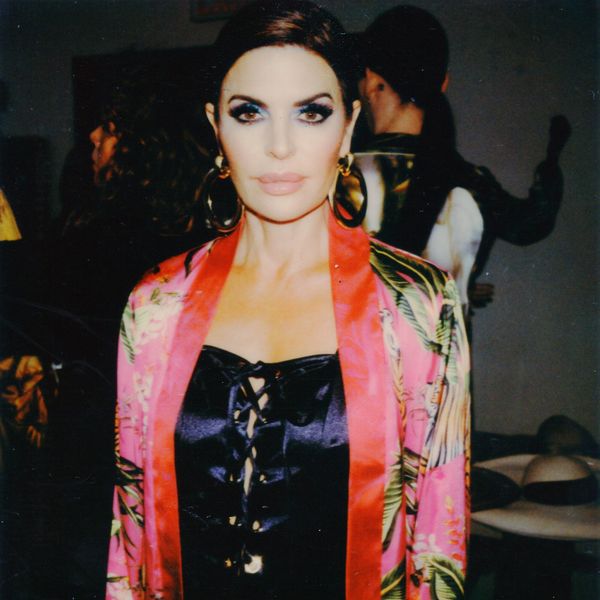 Andy Warhol once used a Polaroid camera to capture the most iconic faces of his time, and photographer Andrew Tess continued this tradition over the weekend by attending Kyle Richards' New York Fashion Week runway show and shooting all the Real Housewives stars present.

The show marked the debut of Richards and collaborator Shahida Clayton's colorful new resort line, Kyle and Shahida. Held at Pier59, it was honestly Saturday's most star-studded runway event — Lisa Rinna, Dorit Kemsley, Denise Richards, Erika Jayne, Teddi Mellencamp and Faye Resnick not only attended but actually walked in the clothes. Paris and Nicki Hilton supported their aunt from the front row. Bravo cameras were on hand to film everything, which means we'll get a behind-the-scenes look in a few months' time.

Richards' Beverly Hills Kyle by Aene Too boutiques closed shop last year, and she told WWD that she sees this new line as an opportunity to rebuild. "I love being creative in fashion," she explained. "When I closed my store in Beverly Hills, I saw all these 'for lease' signs, and thought, yikes, what should I do?' My husband told me to take a breath, and then I started to talk to Shahida, someone whose work I love and admire — and had been carrying in my stores, and wearing on the show for years."

Scroll through signed Polaroids from the Kyle and Shahida show, below.