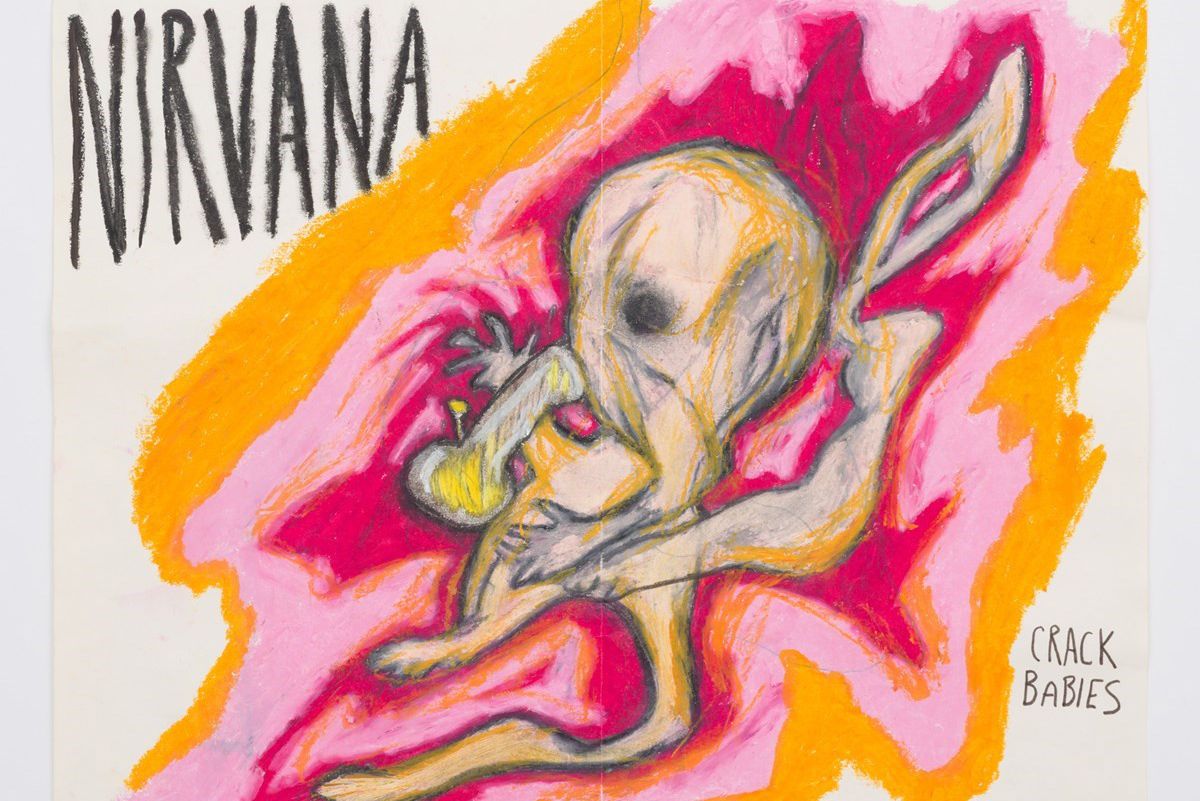 Nirvana frontman and 90s nostalgia icon Kurt Cobain has remained a subject of public fascination throughout the 21st century, and you can bet our flame for the late singer is about to be reignited with this recent discovery of his original visual art.

A selection of Cobain's paintings and notebooks, all of which have remained in storage since his death in 1994, are set to be displayed in his hometown of Seattle on August 6. UTA Artist Space (United Talent Agency), who are curating the frontman's works, say his interest in art developed in high school and remained a hobby during his career in music. Josh Roth, head of UTA Fine Arts, believes the work showcases Cobain's dark humor.

"Kurt Cobain was perhaps the most iconic musician of his generation, but his work as a visual artist is often overlooked," Roth says. "These paintings provide an opportunity to see him, and some of his contemporaries, in a new light."

The show will also feature work by artists Mike Kelley, Joe Bradley, Nate Lowman, Eliza-beth Peyton, Dennis Hopper and Dash Snow and more, to "establish a dialogue between Cobain's iconic oeuvre, those who influenced him, and those he has influenced."

The exhibition program explains that Cobain's visual art is an accurate representation of grunge culture in the early 1990s.

"Cobain's paintings, while not yet as well-known as his music, provide insight into the artist's experience and present an important art historical narrative that together with his music legacy, tells a gritty story of youth culture in the 1990s," it reads.

Peruse the work below.

[h/t Dazed]
Images by Kurt Cobain, courtesy of the Estate of Kurt Cobain