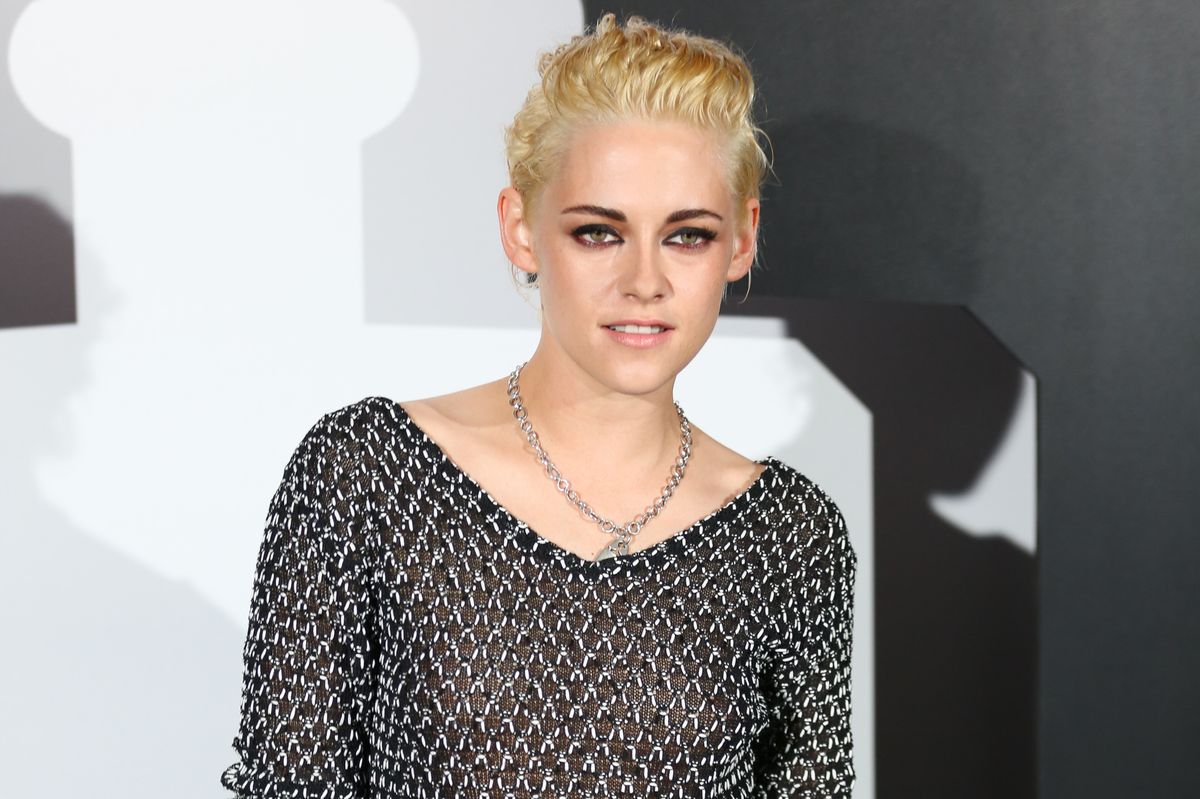 It shouldn't have been a big deal, but Kristen Stewart announcing and confirming her sexuality to the millions watching her host SNL was a big big BIG deal. The star had never shied away from going on dates with women and loving just as publicly as she had with the men she dated but of course this was something different and the Internet went ablaze talking it over.

In new interviews with The Guardian and Entertainment Weekly and The Late Show with Stephen Colbert, Kristen has shed light on what it was like hosting SNL, her sexuality and how it feels to be someone who our sitting president once spent so much time tweeting about.

If you don't want to read or watch all of those interviews, you're in luck, because I read and watched them and am here to give you the best quotes and juicy tidbits, presented below in handy listicle form.

-Her favorite author is John Steinbeck and East of Eden is her bible.

-On her SNL monologue being heralded as her "coming out": "I've been talking about it for a really long time! I've lived pretty openly. I guess because it was simple and straightforward. Just — 'I'm so gay, dude.' "In that moment, to make it normal and cool and completely unashamed? It felt really cool."

-On talking openly about sexuality and being out: "The whole issue of sexuality is so grey. I'm just trying to acknowledge that fluidity, that greyness, which has always existed. But maybe only now are we allowed to start talking about it."

-She is a people person and she would like to sit and people watch but she can't because she's freaking Bella from Twilight.

-She was very nervous to host SNL and completely bombed the dress rehearsal.

-She finds it "bizarre" that she is now part of history because she got called out by Donald Trump and was "kinda" disappointed that Trump didn't publicly respond to her SNL monologue. She didn't mention Trump by name in her The Guardian interview because she finds him, "not funny" and "terrifying."

-She and frequent co-star Jesse Eisenberg are actually real life friends, and he defended her shyness and awkwardness: "If you thrust someone like that into a full-spectrum spotlight, they may appear at worst ungrateful, and at best just shy. It's an understandable but not totally fair assessment."

-She can text really fast.