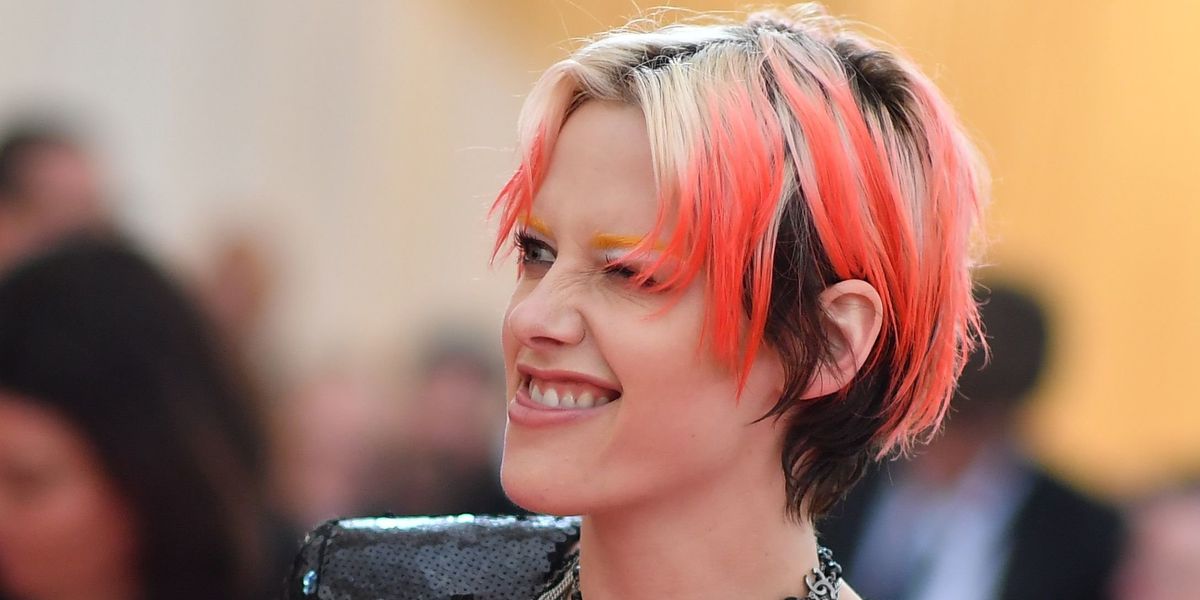 Kristen Stewart Isn't Afraid to Tell a Ghost 'No, Please, I Cannot Deal'

Kristen Stewart believes in and talks to ghosts. However, if she encounters one "in a weird, small town" or a "strange apartment" while making a movie, she will simply ask it to please not haunt her.

"I will literally be like 'No, please, I cannot deal. Anyone else, but it cannot be me.'" This is the bold request the Charlie's Angels actress make of apparitions, she revealed in her new Vanity Fair cover story by Durga Chew-Bose.

Naturally, the writer asked the spooky actress, who's met the undead in various forms throughout her career (ghosts in Personal Shopper and The Messengers, vampires in duh, zombies in... oh wait, she starred in Adventureland not Zombieland with Jesse Eisenberg... still), if she believes in ghosts.

"I talk to them," she told Chew-Bose. "...Who knows what ghosts are, but there is an energy that I'm really sensitive to. Not just with ghosts, but with people. People stain rooms all the time."

This isn't the first time she's reported interactions with ghosts. She recently told Entertainment Weekly that she felt the late actress Jane Seberg, who she's portraying in a new biopic, watching her on set.

Kristen is cool with ghosts, but just only when she's in the mood. She didn't explain if her polite requests that ghost refrain from haunting her have been successful. She should meet up to chat about best practices, with Courtney Love and Lily Collins, who've both had supernatural encounters recently (Love with her late husband Kurt Cobain, and Collins, with the ghosts of Ted Bundy's victims, who she came in touch with while playing Bundy's girlfriend across from Zac Efron in Extremely Wicked, Shockingly Evil And Vile).

Other revelations form her Vanity Fair story, which does an excellent job distilling her acting style ("Stewart is burning purpose, presented casually"), include that Kirsten has mild road-rage but no comment on her dating life, she's making her directing debut with an adaptation of Lidia Yuknavitch's book The Chronology of Water, and she's grown out of her frustration that people assumed she was an asshole during the Twilight years because "I didn't leap willingly into being at the center of a certain amount of attention."

She also remains fond of the late Karl Lagerfeld, who she calls "incredibly inviting — insanely, shockingly unpretentious" and "a fancy motherfucker, but it was true to him."