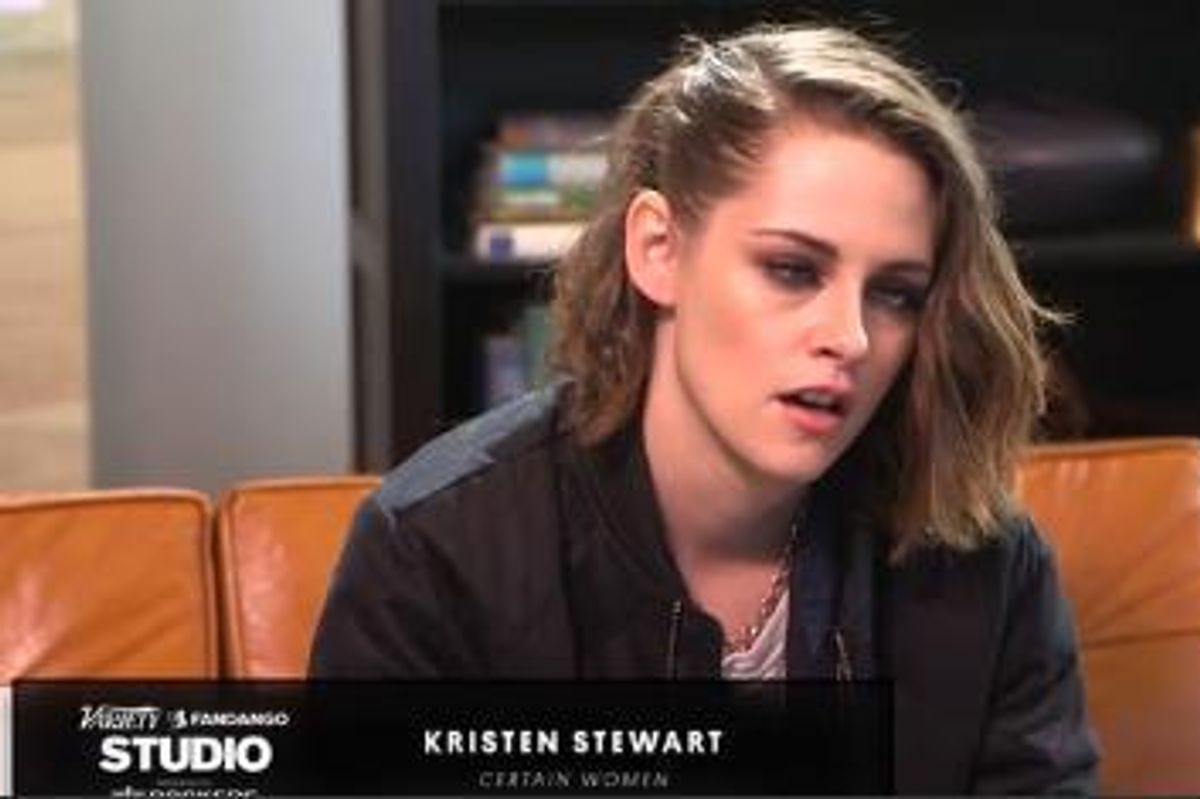 In the clip, the interviewer begins touching on the subject, which is met by Stewart crossing her eyes in dismay.

You see, Kristen is very busy, and an artist; as an artist who is both very busy art-ing, she does NOT have time for controversy!

She launches into an ncoherent, unbelievably jittery rant about how #blessed she is to essentially have roles handed to her, and suggests that people simply 'do something about [the diversity issue] if they feel like it's a problem.

"It's hard for me to speak to that because it's awkward. I'm so fucking lucky and so stimulated and driven like not bored and I have something in front of me all the time, so it sounds weird for me to sit around and be like, 'It's not fair!' It's like, well, guys make more money, because their movies make more money. It's like, let's start making…. It makes sense. Like, if you're bored or if you feel like there's a lack of something in front of you…. It's silly for me to say but, 'Go do something.' My mom's an artist, she's like a painter, she's a script supervisor as well. So like, when she wasn't working she was making something. She was never bored. Instead of sitting around and complaining about that, do something, go write something, go do something for yourself. You know what I mean? And that's easy to say, like fuck, it's hard to get movies made. It's a huge luxury. Who gets to just make movies? That subject is so prevalently everywhere right now and it's boring."

Originally, Variety incorrectly said that Stewart was addressing the current diversity controversy surrounding the Oscars, and have apologized, saying Stewart was, in fact, talking about 'GENDER inequality.'

Was this supposed to make this interview OK?

In some way, Stewart was taking promoting a DIY approach for women to fix the issue, but her condescension and detached logic misses the point entirely.

If you need a reason to walk into the sea this morning, the ghoulishly entitled words of a multi-multi-multi millionaire below.