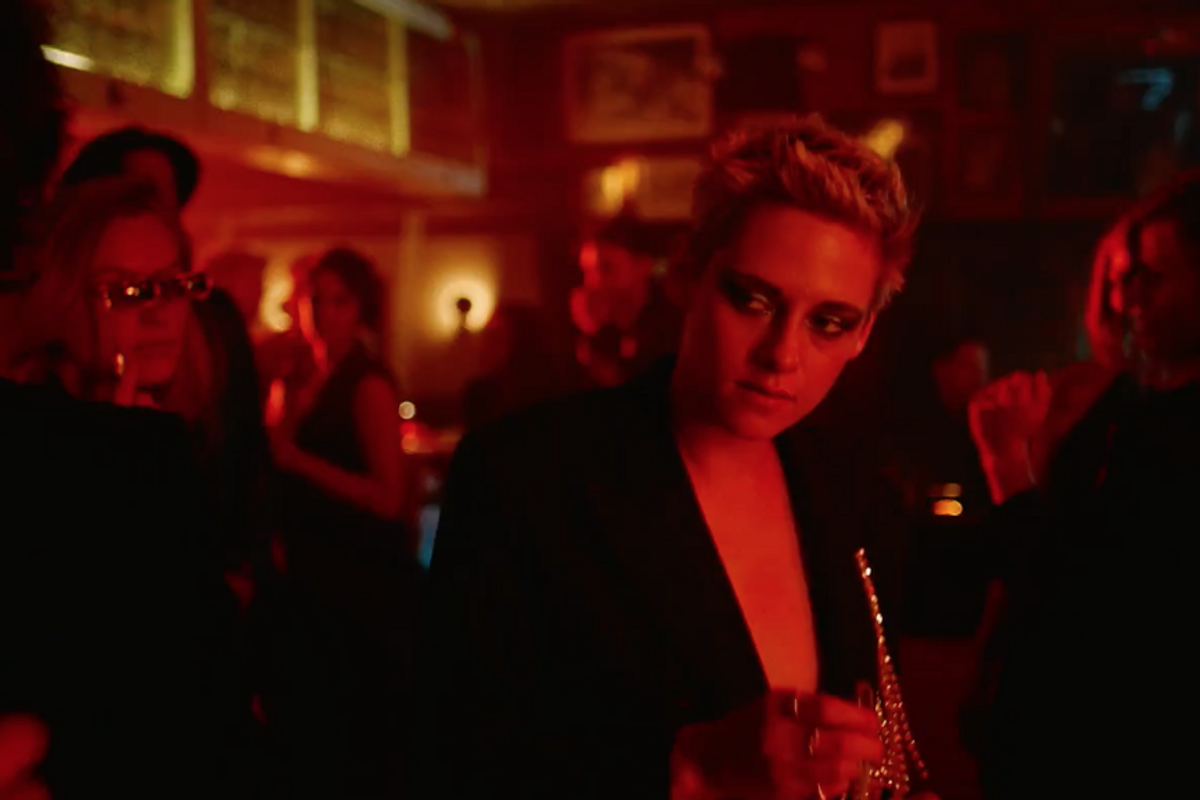 Check out "If You Really Love Nothing."

In what seems to be a dimly-lit restaurant tavern, Kristen Stewart and Finn Wittrock make a chic, troublemaking pair. Or, at least, that's the stage being set for the latest Interpol video. The song and video for "If You Really Love Nothing" are a dreamy, evocative taste from the storied New York rock outfit's newest album Marauder, out tomorrow.

In the Hala Matar-directed clip, filmed in Los Angeles, Stewart, in a fitted blazer and smoky eye, and Wittrock, also in his Sunday best, pile out of a taxi (Stewart in the trunk) and file into the divey joint where the video takes place to run amok in the kitchen, climb atop couches and bars, and sloppily eat bolognese. Hey, why not? Matar frames the video in atmospheric lighting and playful camera angles.

"Kristen Stewart is the perfect actress for this part," says Interpol's lead singer Paul Banks of the duo. "I don't think there's anyone that could have better played the role. She nails it, and I love the performance from Finn Wittrock. Another wonderful casting choice – he plays the role of Kristen's beleaguered companion beautifully."

Watch "If You Really Love Nothing," below.