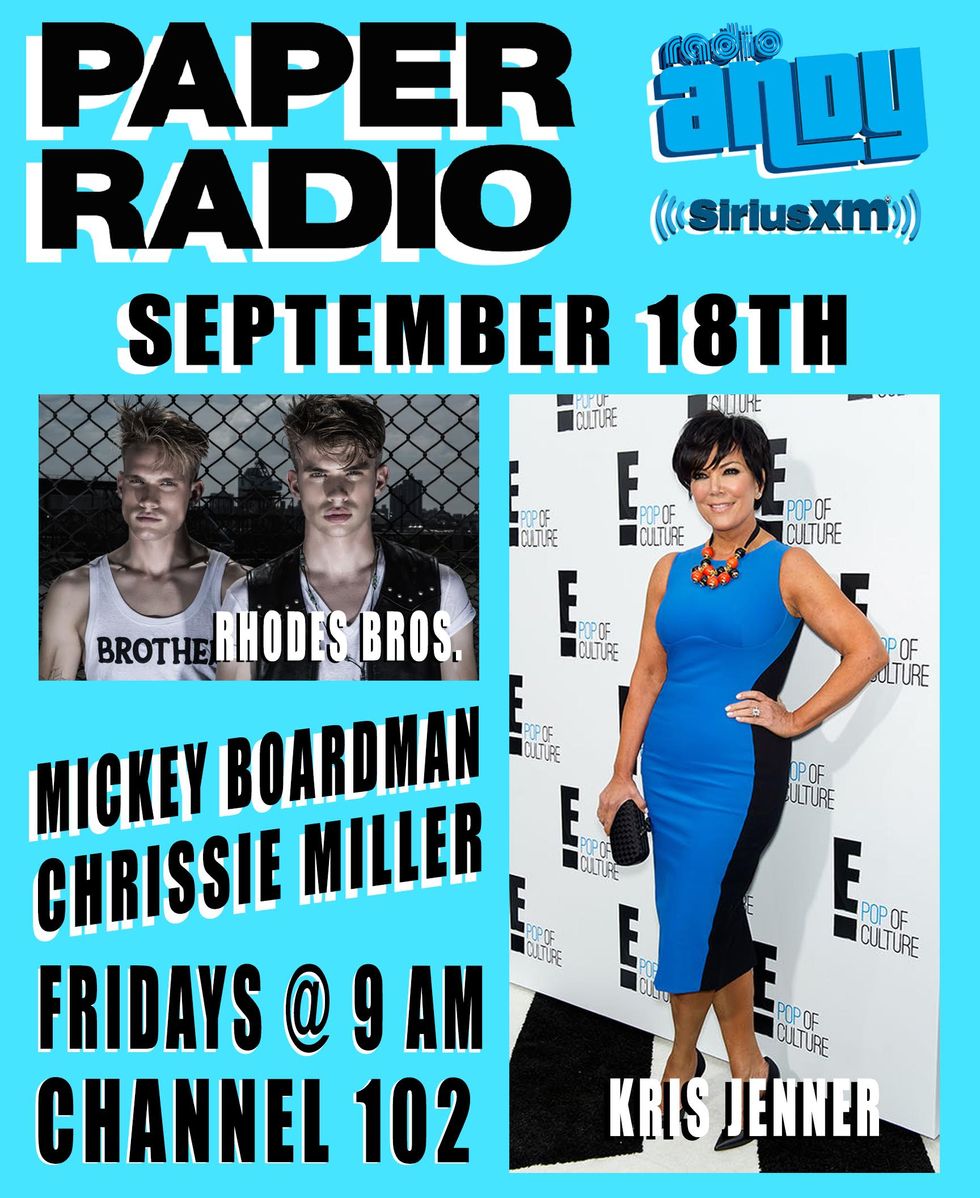 Kris Jenner and The Rhodes Bros Kick Off PAPER Radio on 9/18!

by PAPER
PAPERMAG
We here at PAPER are thrilled to announce our brand-new weekly radio show on Andy Cohen's SiriusXM network. PAPER Radio, hosted by our hilarious editorial director Mickey Boardman and designer Chrissie Miller, premieres at 9 a.m. tomorrow and, boy, do we have a show for you. Our debut episode will feature interviews with sultry gay twins and YouTube sensations the Rhodes Bros and the one, the only, Kris Jenner. Tune in to Channel 102 to hear us get real with the Kardashian/Jenner matriarch and genius businesswoman (and to flirt shamelessly with the brothers Rhodes). PAPER Radio will also feature regular segments from Chrissie's mother and legendary astrologist Susan Miller, gossip icon Michael Musto and other features from members of the always-crazy PAPER family.