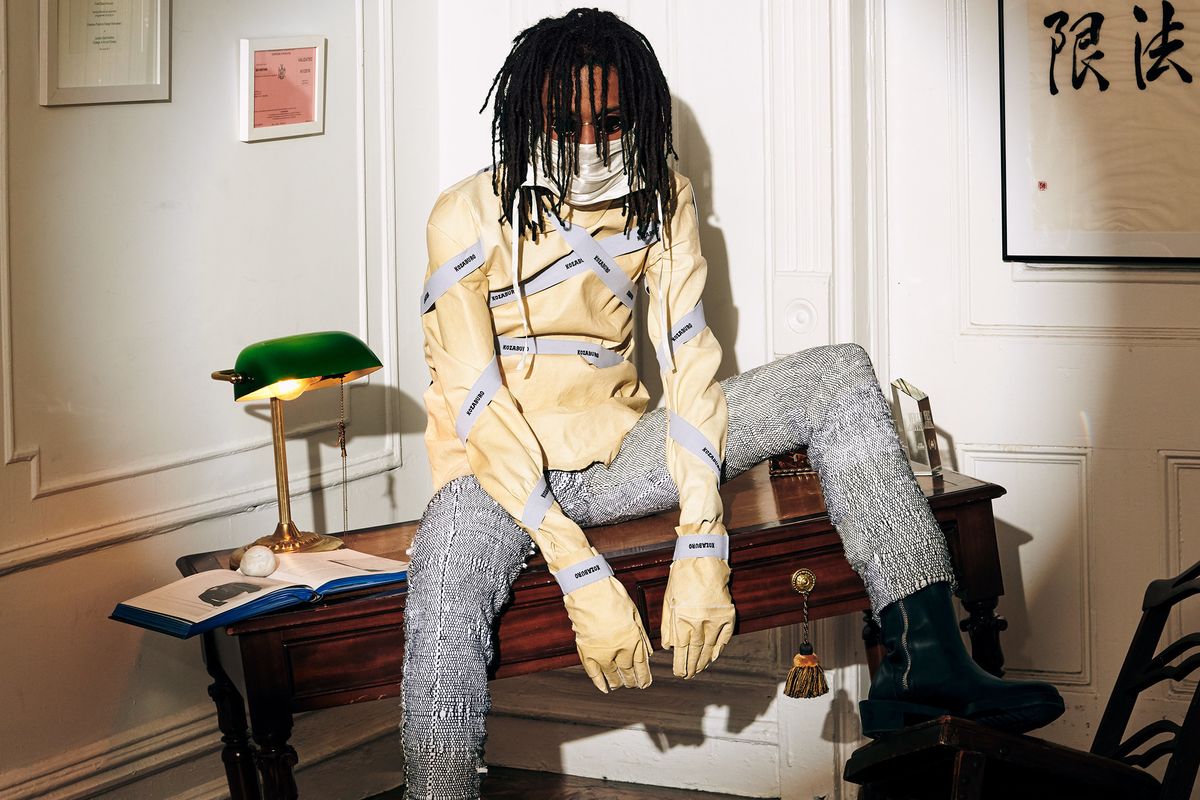 There are a few entry points for understanding Akasaka Kozaburo's slick fall 2019 collection for his eponymous brand. Departing slightly from the intriguing fantasy of his East-meets-West cowboy aesthetic, the Japanese designer pulled inspiration this season from an unlikely pair of enduring heroes. Moved by his desire to do delve within and explore the body and mind, it was Bruce Lee and Michael Jackson's fierce singularity that gave the collection its starting point. "They had their own vision, and both truly realized it in their own way through their art form and life. That encourages me," Kozaburo said in a press release.

What resulted as a concept called "KOZABURO DOJO," came through in a capsule of t-shirts and tracksuits featuring a logo that blends the Chinese Yin and Yang symbol with the Native American Medicine wheel. Delivering another tight collection of inventive silhouettes, fine tailoring, and quality fabrics, the designer's foray into the space where the spiritual meets the physical was powered by Bruce Lee's famous philosophy, "Using no way as a way, having no limitation as a limitation."

For one, Kozaburo found a way to make these killer looks sustainable — no small feat. Teaming up with Japanese fabric manufacturer, Karubo, the designer developed a recycled black canvas for the jeans and jackets. Using a method called Shironameshi for the white leather, it took just water, oil and salt to treat the textile. For the calligraphy graphics, he sourced the Kyoto-based monk, Abbot Yu-ko, for a sacred touch. Delivering on some expertly tailored boot cut denim with oversized rope belts and wool jackets with the hems frayed, the dark glamour of Kozaburo's cowboys ascended to new heights.

Check out Kozaburo's fall 2019 lookbook, below.