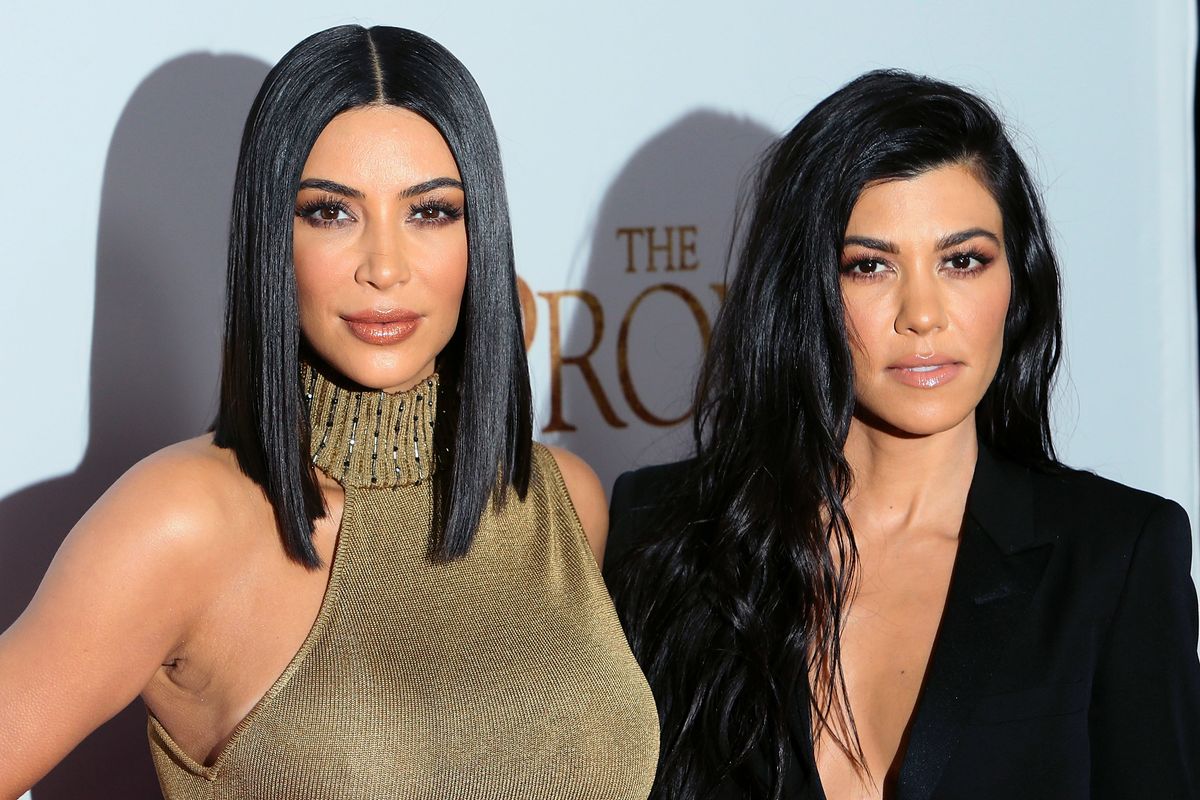 Everyone Is Memeing Kourtney and Kim Kardashian's Fight

At this point, most fans know that things have been pretty tense between Kourtney and Kim Kardashian for a while now. And though we previously got a brief look at a fight between them in an older teaser for the upcoming season of Keeping Up With the Kardashians, it appears as if things were way more intense than we initially thought.

Earlier today, the official KUWTK YouTube channel uploaded a new promo for season 18, in which the two can be seen getting into a pretty serious physical altercation after Kourtney throws a bottle at Kim and says, "I will fuck you up, you literal cunt."

And though Khloé can be seen trying to break up the fight, Kourtney and Kim continue to scuffle, which eventually leads to Kourtney slapping Kim's face. Later in the teaser, Kim can also be seen yelling, "Just get the fuck out of here. I don't even wanna see your fucking face," to which Kourtney retorts, "I don't want to be near your fat ass!"

Needless to say, it didn't take long for the internet to start meme-ing the clip, with many users commenting on the dramatic nature of the fight.

Meanwhile, others egged on Kourtney with commentary like, "... everyone happy Kourtney finally slapped tf outta Kim k. I mean it's been a long time coming y'all forget she is Kim's big sister!!! Yes sis!"

lol Kim been bullying the shit out of Kourtney. it was deserved. https://t.co/U46jv3Cd9a

To add insult to injury though, others joked that Kourtney was "#TeamTaylor," as a nod toward the rekindled feud between Kim and Taylor Swift that was recently spurred by newly leaked footage of Swift's infamous call with Kanye West.

"Kourtney Kardashian leaked the footage and is a Swiftie, I won't hear otherwise," as one person wrote.

Kourtney Kardashian leaked the footage and is a Swiftie, I won’t hear otherwise pic.twitter.com/0rVMkuYm2P

Season 18 of Keeping Up With the Kardashians premieres this Thursday but, in the meantime, watch the drama for yourself, below.