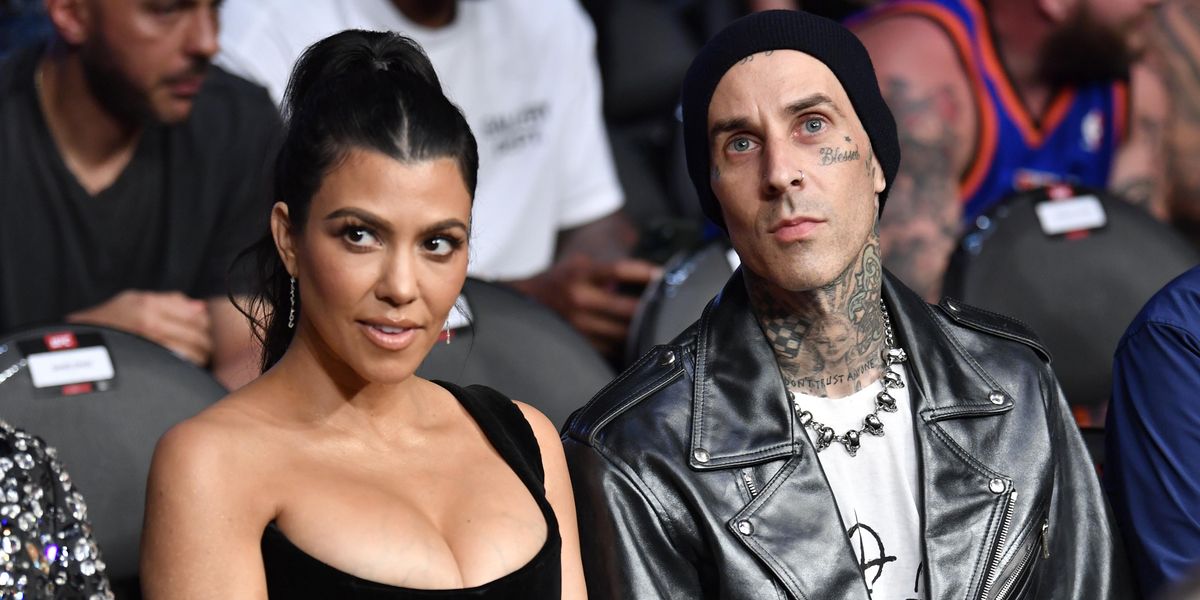 Did Kourtney Kardashian and Travis Barker Just Get Married?

Kourtney Kardashian and Travis Barker have fans in a speculative frenzy after their big Vegas weekend.

This past Saturday, the couple attended a celebrity-studded UFC fight where they packed on the PDA and apparently played footsie all night long. And though that should be expected, especially from a couple who likes to show their affection through DIY tattoos and sucking on each other's fingers, all of that didn't distract the internet from a couple of interesting Instagram posts made by their inner circle.

It all started after Kardashian's longtime hairstylist, Glen Oropeza, uploaded photos of the two in a hotel with the caption, "...NOWWW I understand why people tie the knot in Vegas. There's nothing like love AND a good time." However, his choice of emojis — including a chapel, party face and a ring — quickly aroused suspicions amongst fans, which eventually led to Oropeza changing the ring to a black heart.

So are Travis barker and kourtney married ???? These are the things I need answered hahaha

If Kourtney Kardashian and Travis Barker got married in Vegas, has anyone checked on Scott?? #Kravis

Not only that, but according to US Weekly, an Instagram Story by Barker's daughter, Alabama, raised some eyebrows, as she reposted photo of the pair alongside a caption that read, "So happy for you guys." And naturally, that also led a source to tell The Sun that Barker had supposedly proposed in Vegas. That said, neither Kardashian nor Barker have responded to the speculation, though if it does turn out to be true, long live #Kravis.