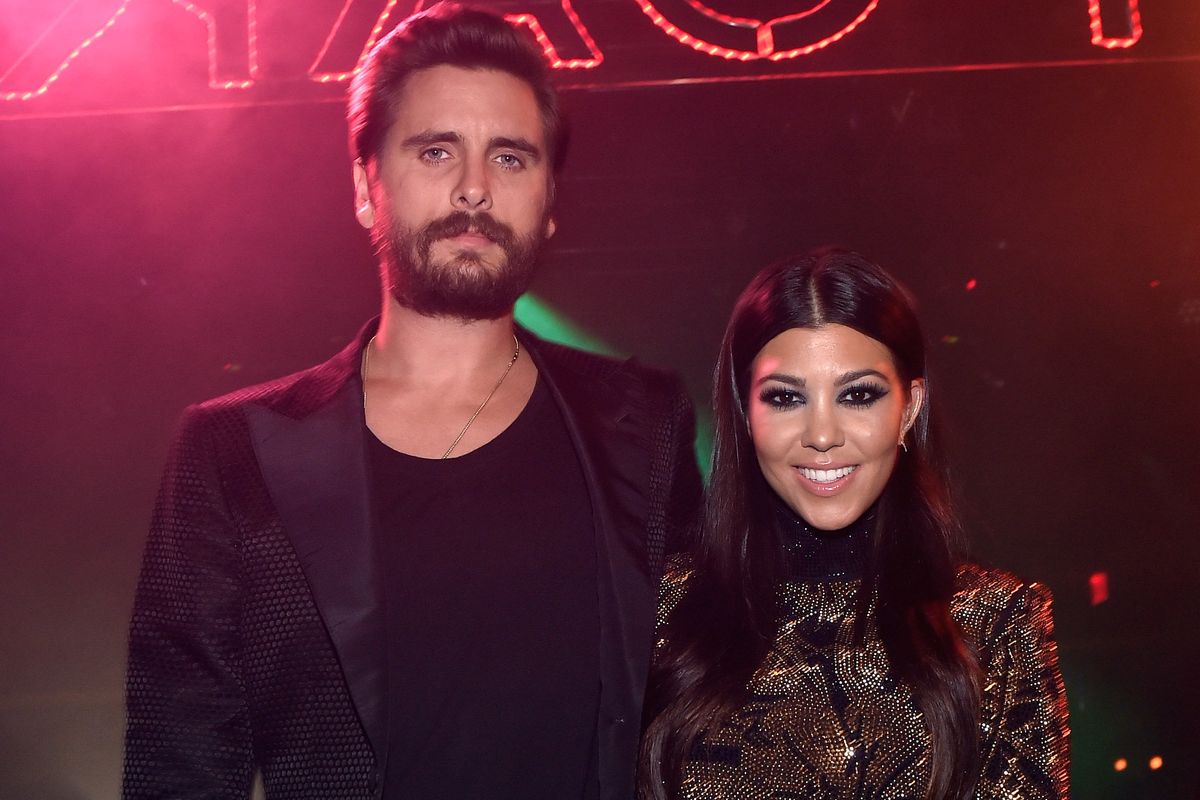 Kourtney Kardashian is famously cool with her former partner Scott Disick being in a serious relationship with 20-year-old Sofia Richie. The three have vacationed together with Kardashian and Disick's three kids in tow, and in a recent interview with PAPER, Kardashian said being on good terms with her ex was the thing "she's most proud of." Very chill!

Which is why I draw attention to this puzzling read-between-the-lines report from E!: Kardashian and Disick are currently on vacay in "a tropical location" to celebrate their daughter Penelope's birthday, with Richie nowhere to be seen. In fact, Richie is currently posting Instagram stories that make very clear she's been left behind in Los Angeles. We're talking location tags.

At least according to Instagram, Richie isn't up to all that much in LA, so work commitments are no excuse for her absence. She attended a launch party for Miranda Kerr's skin care line KORA, and seemed to have a nice time. (Weirdly Katy Perry was also there, which is notable because Perry just got engaged to Kerr's ex-husband, Orlando Bloom. Truly, 'tis the summer of chill exes!)

Meanwhile, Kardashian and Disick are living it up alongside the other Keeping Up sisters. According to E!, "Scott came along on the trip with Kourtney and is very hands on and helpful with all of the kids." Why would he not bring his girlfriend to a rainforest-y paradise? She could have done face masks with Kourtney and Kim!

There was also this cute detail: "The kids got to take a boat ride from right in front of the house. All the kids swam to the boat and hopped on… Scott and Kourtney were helping them swim to the water to get to the boat. They went to a private beach in a cove where they did some swimming and collected shells."

Last we heard, Scott and Sofia were about to get engaged. Did Lionel, famously not a fan of his daughter dating Lord Disick, finally put his foot down and intervene? Only time, and Instagram Stories, will tell.