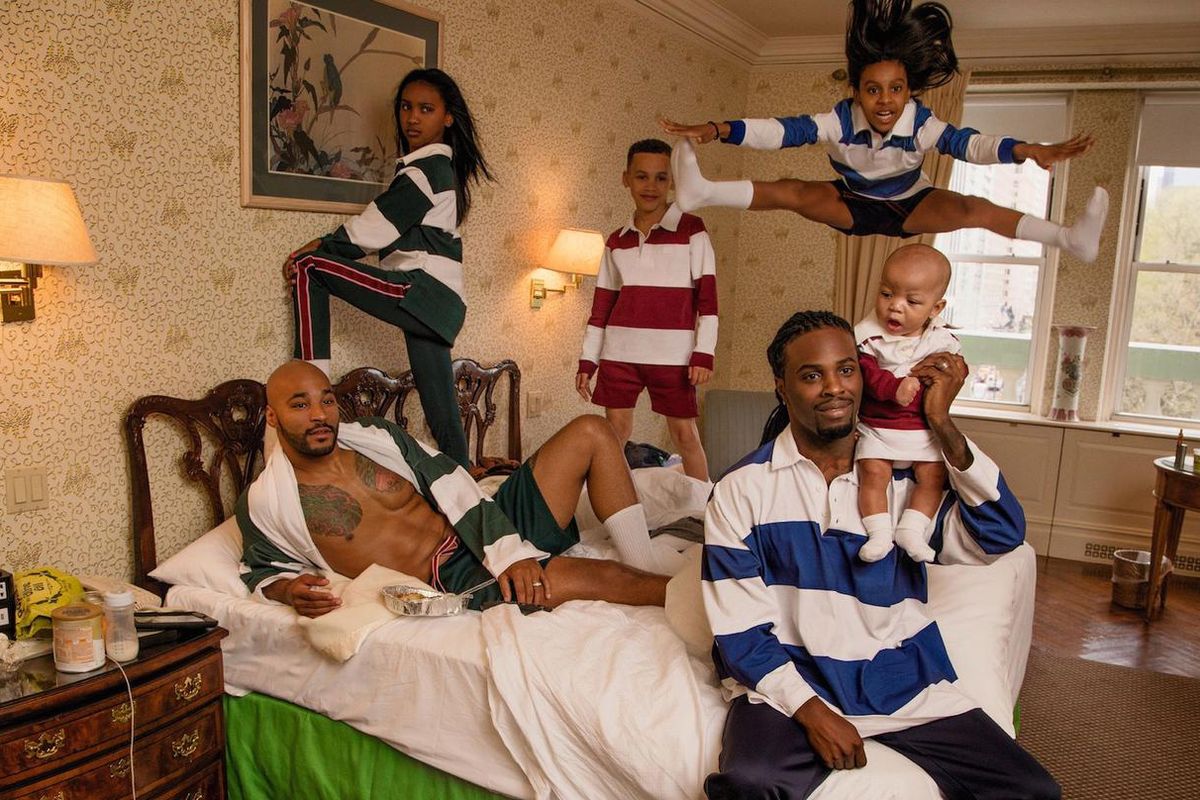 Kordale Lewis and Kaleb Anthony first went viral in 2014 after posting a selfie while doing their daughters' hair. "Being fathers is getting our daughters up at 5:30am making breakfast getting them dressed for school and putting them on the bus by 6:30," they captioned the post.

The Atlanta couple quickly amassed both a large following and a bigger family. Now Kordale, Kaleb and their children four children Desmiray (10), Maliyah (9), Kordale Junior (8), and Kaleb Junior (8 months) are the face of a new Acne Studios campaign.

The Swedish brand originally DM-ed the couple about doing a photo shoot in New York City while they were headed down to Orlando for a family vacation. "I was telling [Kaleb] about the message that I had received and he was like, 'That would be an awesome opportunity,'" Kordale told i-D. "I don't think either of us knew how big the campaign was until we actually got to New York. The experience was breathtaking."

See the photos from the campaign below, and read i-D's full interview with Kordale and Kaleb here.