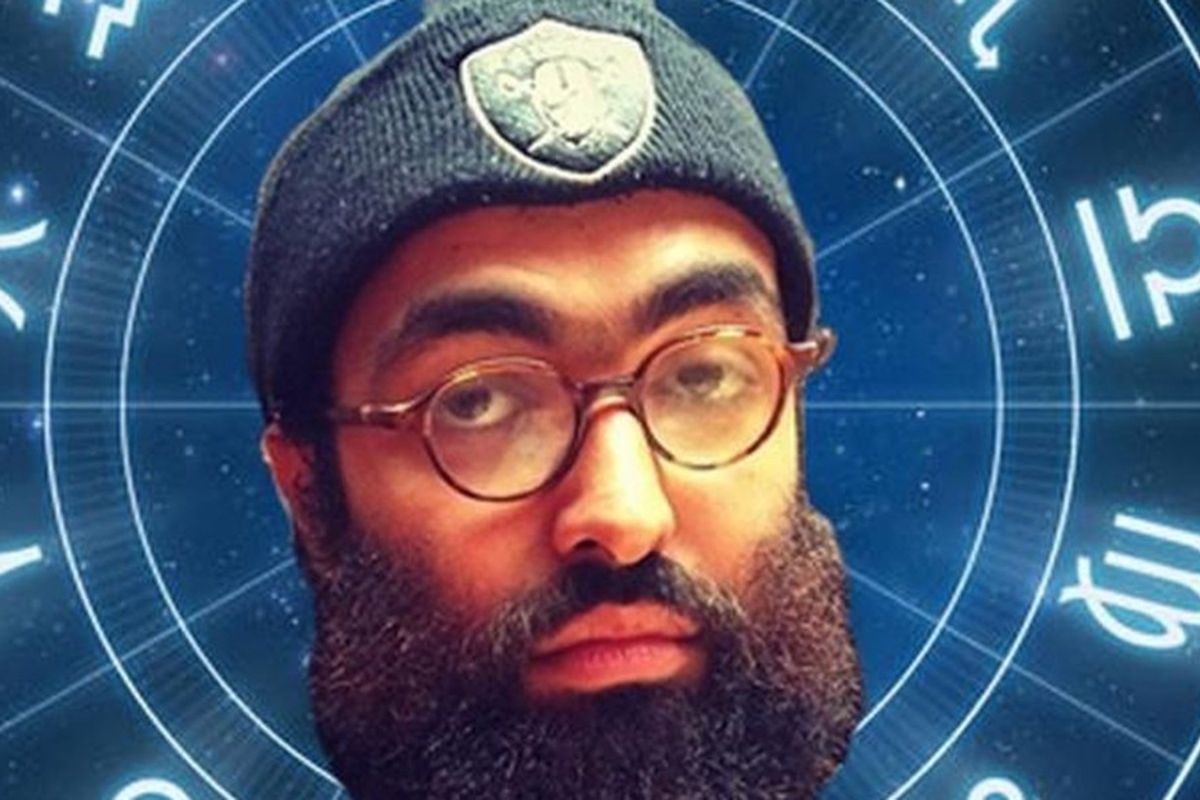 Bless up, this is a time of full blossom, it's lit bitch, it's fuckin lit yaasss lmao. This month u gotta rock all ur chains even when u in the house. Take some adderall and do a massive cleaning. Throw some old shit out. This is a prime time to create and put forth ur various swaggy energies into the world. U'll find ur feelings of regret regarding things in the past to be falling away from u as if by magic so turn up. Ain't nobody do u like u so do that.

Read Voodoo in Haiti by Alfred Metraux. Listen to Tequila by Wes Montgomery. Take a shot of tequila on the full moon. Do some push-ups, lift some weights, sculpt the upper body. Watch Pumping Iron, Schwarzenegger is a beast mane who the fuck is this guy lmao. Listen to that new Kaytranada. Go surfing.

VIRGO
Treasures untold baby, it's wild jewels out there for the grabbing. Snatch a purse, player. G a young buck for they chain, hit some lix out there, rob and steal, ain't shit fair about life, go get urs. Turn up, wild in the streets, set fires, anarchy, bruh. Smoke weed, watch a movie, get drunk, have sex, fall asleep.

LIBRA
Cop a pink Lambo, do 100 donuts in front of City Hall -- now that's what I call Democracy. Close ur eyes and breathe. There's an ocean of peace inside of u waiting to be set free, all it takes is a few moments of silent introspection. Peace is the true nature of reality, just stop and realize it. Get a new refrigerator magnet, do a watercolor portrait of Maya Angelou and hang it on the fridge.

Boycott 924 Gilman til they let u smoke weed there. Buy some solar panels. Meditate for 45 minutes a day everyday this month, it's like the Shaun T Insanity Workout DVD for ur consciousness. Burn some candles and incense, clean ur room while listening to Frank Zappa. Throw some stuff away, sell some stuff. Reread the Tao Te Ching. Do a ollie.

Meditate on the concept of space travel. Think of people and their lil cities as a moss growing on the earth. BRUH, we all wild insignificant in the grand scheme. Live ur life, do whatever, ain't no right or wrong. Give and u shall receive furl meh, it's simple mathematics. This month u can "phone it in" if u want ain't nobody fina be mad at u. Everybody on they own struggle.

Consider the mighty powers of the ocean. Watch some Bruce Lee interviews on YouTube. Do some standup comedy at an open mic. Learn a Prince song on acoustic guitar. Get stoned and watch all the Star Wars movies again. Read Beneath the Underdog by Charles Mingus. Listen to The Black Saint and the Sinner Lady. Listen to Thelonius Monk: Underground and Monk: Alone in San Francisco.

It's OK to be ratchet, turn up, swag like nobody's watching. Do 100 push-ups, punch a cop in the face. Existence is performance. Watch some Godard movies. Live, Laff, Love. Listen to some Tito Puente. Go jogging. Work on ur sex game, throw some new moves in there, get tantric widdit haha. Watch a Cheech and Chong movie. Smoke weed listen to Cypress Hill. June is explosive cosmically for Pisces this year, but some fireworks. Hit the sideshow. Get jiggy widdit. Read Jazz by Toni Morrison.

Take ur mind off work, relax, read a book. Go swimming. Hook up two different stereos and play Lemonade and Reasonable Doubt at the same time, that's what we in the biz call Free Jazz. Find a Pow Wow, hit that up. If u can't find a Pow Wow, make ur own.

Do everything in the Aquarius horoscope. Kick it with an Aquarius, soak up their vibes. Meditate on the concept of infinity. Email a Gemini, try and wrangle a life secret from them. Give a gift to an Aries. Music is organized human attitudes. Listen to Animal Collective and Earth, Wind and Fire. Watch a Fellini movie, go swimming. Get some Pho.