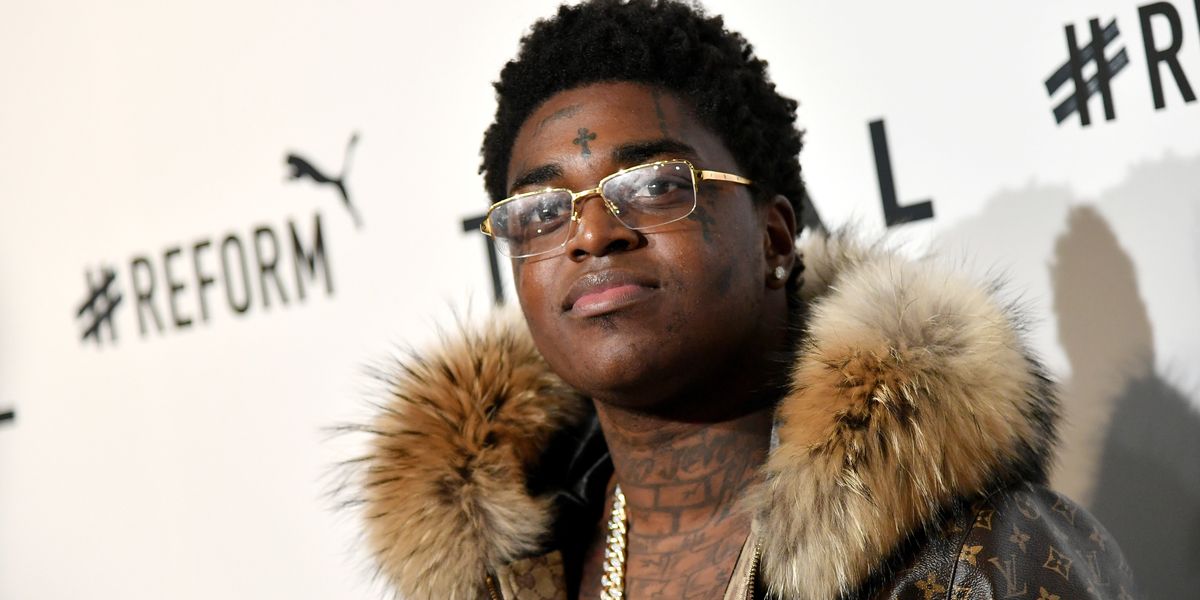 Kodak Black has been widely panned thanks to some highly inappropriate comments he made about Nipsey Hussle's girlfriend, Lauren London.

Over the weekend, an Instagram Live in which Black can be seen talking about Hussle's murder (and London's subsequent availability) surfaced online. According to the NY Daily News, Black can be heard in the video saying that, "Lauren London that's baby, though."

Yuck. Kodak Black is disgusting & makes ignorant comments almost daily. Lauren London is mourning the death of her soulmate & the father of her child less than a week ago & you’re talking about shooting your shot w/ a widow? Like you even stand a chance 😒 pic.twitter.com/qMzcWqbHBD

"She about to be out here single," he said before continuing, "She's finna be a whole widow out here. I'll be the best man I can be for her. I'll give her a whole year. She might need a whole year to be crying and shit for him."

Given the obvious lack of empathy for London, and blatant disrespect for Hussle, Black was widely lambasted by fans and peers alike.

I won’t disrespect my timeline posting a pic of Kodak Black. However, I will say this, I’m not here for the blatant disrespect and fake ass apologies. To disrespect the King Nipsey and The Queen Lauren, is where I draw the line. Hip Hop has been very disrespectful lately. Not only is this disrespectful to Hip Hop, but this is disrespectful to a beautiful human being, spirit and a legacy. Sometimes I feel a certain way, but I don’t publicly speak out. I just don’t fuck with the person, place or thing. This one, I can’t just keep it on a personal chill. I’ve been a child of Hip Hop for a looooooong time. Hip Hop raised me and I’ve raised Hip Hop. I’m not new to this or fake with this. I’m a soldier!!!! I’m not just Phone Taps and funny interviews. Check my pedigree. I will not stand by and let Kodak Black come between an allegiance I have with dear FRIENDS. Nipsey’s honor can’t be disrespected like this. We must put a shield around @LaurenLondon and his ENTIRE Family. We can’t allow these things to happen. Nipsey wouldn’t. We look the other way and forgive too easily. I’m a black man first and I love all that deserve my love. I’m with unity, however, we must discipline our own as well. This isn’t about radio or dropping records, that’s been done. This is about protecting a LEGACY and holding people accountable. This may not change Kodak Black now, but I pray it changes his or someone’s future. For all those out there that wanna disrespect and play with royalty, I advise you to think “THRICE”. Long live the spirit, knowledge and wisdom of Nipsey Hussle. This has to be the standard FOREVER!!! The Marathon continues 🏁🏁🏁🏁 (I’m blocking the bullshit from now on. Try me)

TI has a message for Kodak Black regarding his comments about Lauren London and Nipsey Hussle pic.twitter.com/Aad9bslqSF

Not only that, but it turns out his comments have also led to his music being banned from a prominent Los Angeles radio station.

We stand with the family of Nipsey Hussle and are appalled by the disrespectful and poor comments made by Kodak Black. With that, Power 106 will not support Kodak Black’s music. #LongLiveNip 🏁🏁🏁

"We stand with the family of Nipsey Hussle and are appalled by the disrespectful and poor comments made by Kodak Black," Power 106's DJ Justin Credible tweeted soon after Black's video began making the rounds. "With that, Power 106 will not support Kodak Black's music." Credible's statement was later reposted by the radio station's official Instagram.

In the wake of the backlash, Black posted an apology to his Instagram story in which he said he was "sorry" if he disrespected London "in any shape or form." However, he then added that he "didn't" believe he disrespected her.

"Rest in peace to dude. Y'all already know what I said, dude encouraged me to do shit for the community," Black continued. "Anyhow, my bad to them two."