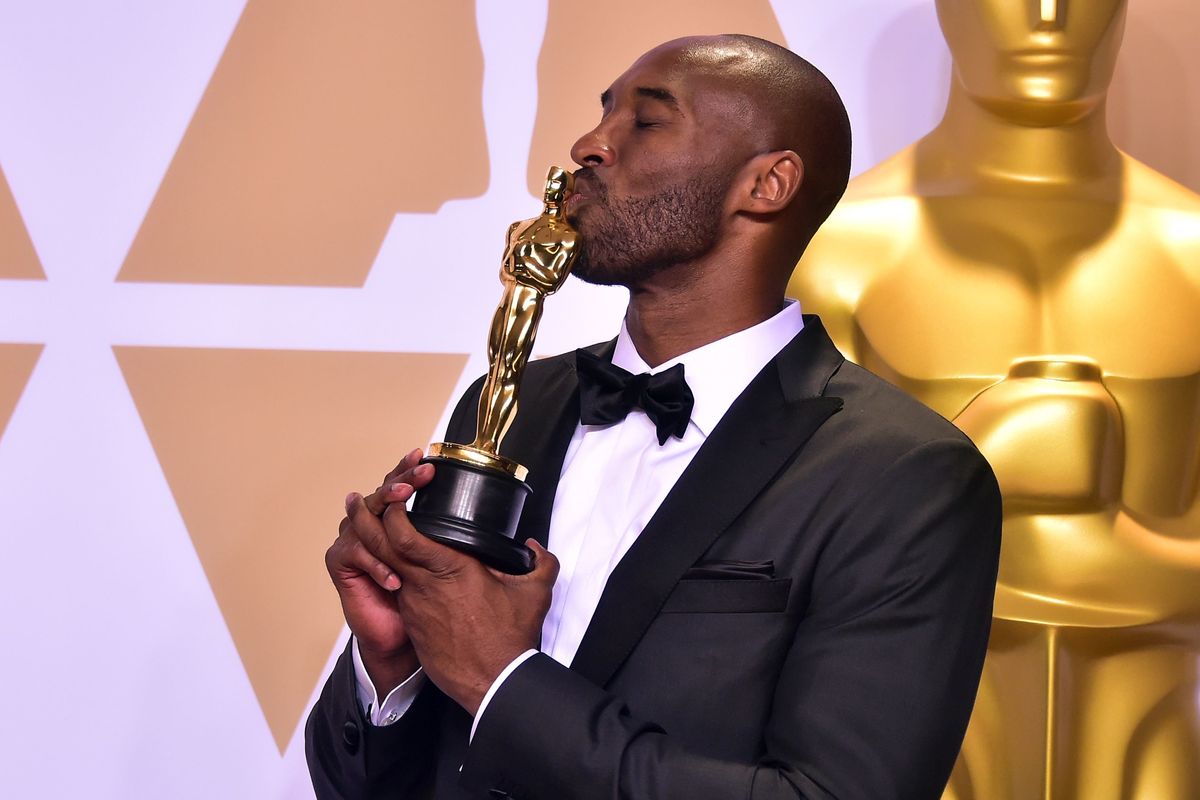 The Oscars Will Honor Kobe Bryant

Held at the Staples Center, this weekend's Grammys felt like a funeral for Kobe Bryant, with a long list of performers and presenters dedicating the night to him on-stage. Now the Oscars, taking place on February 9th, have announced that they're planning a tribute to the NBA legend who died in a tragic helicopter crash on Sunday.

The Academy hasn't released details about the tribute, but given that Bryant was an Oscar-winner, he'll likely be honored similarly to other departed Hollywood heroes. After retiring from the NBA, Bryant began to seriously pursue filmmaking, and he won Best Animated Short for writing and producing an autobiographical short film called Dear Basketball in 2018. He made history as the first Black person to ever win the award.

Watch Bryant's acceptance speech for his Oscar at 2:20 below.