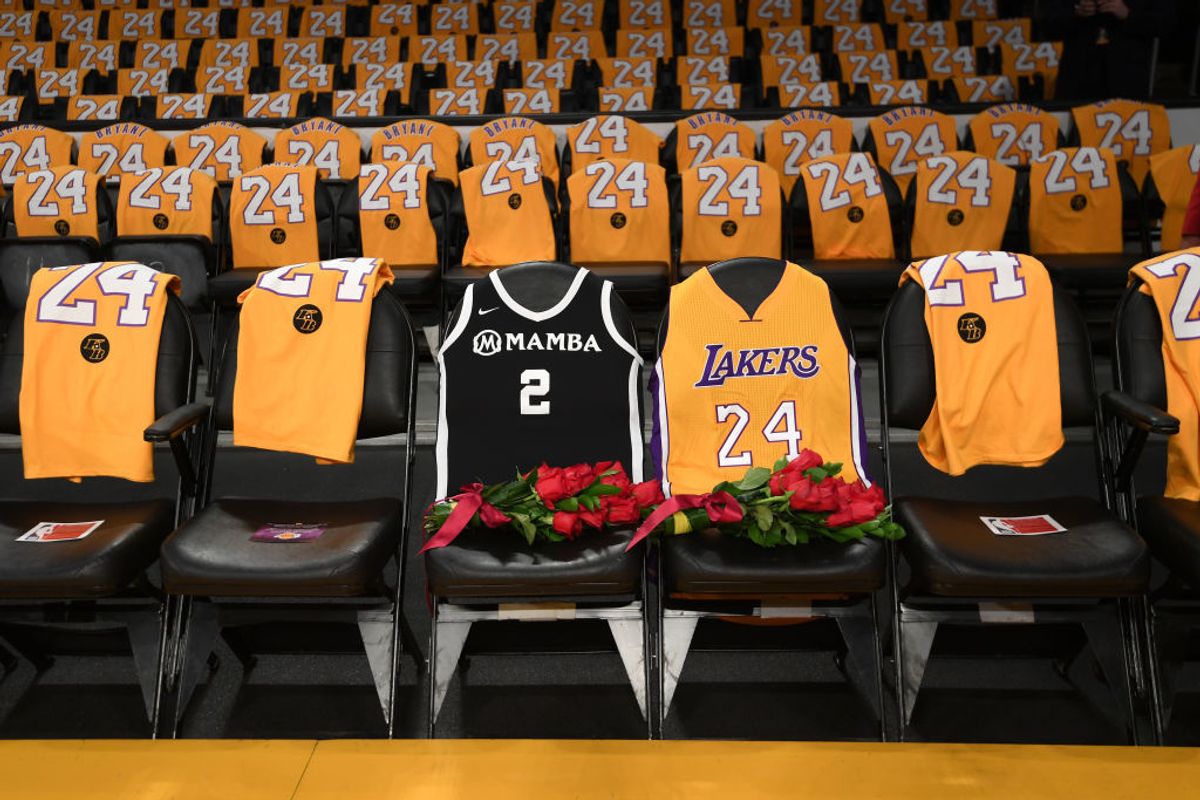 A public memorial service honoring NBA superstar Kobe Bryant, his daughter Gianna and the seven victims who died in a tragic helicopter crash in late January, is taking place today at the Staples Center in Los Angeles.

The venue and the date were selected by Bryant's widow Vanessa Bryant, in tribute to Bryant and Gianna's basketball jersey numbers. She made an announcement for the memorial via her Instagram account with a post captioned: "#2, #24, #20 years as a Laker and the amount of years Kob and I were together"

The Staples Center is where Bryant spent most of his 20-year career as an NBA player, as the home of the Los Angeles Lakers. The stadium has often been referred to as "The House That Kobe Built."

Tickets to the memorial event are currently sold out on Ticketmaster, which was the only place tickets were available. The tickets were said to have gone on sale this past Wednesday and were priced at various tiers: $224 each, $224 for two, or $24.02 each, according to a press release on the NBA website. The event proceeds will be donated to the Mamba and Mambacita Sports foundation, which "exists to further Kobe and Gianna Bryant's legacy through charitable endeavors in sports."