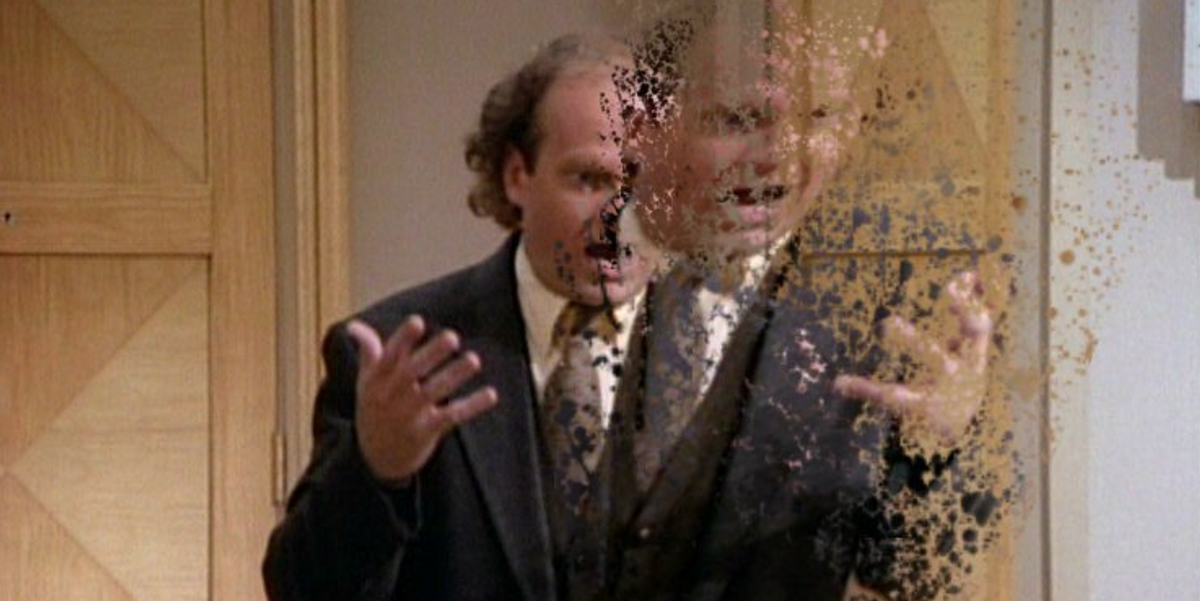 We have another week of January left, but 2019 has already proven to be a blessing for meme-makers across the Internet. From the World Record Egg to Trump's Clemson buffet, there's been no shortage of inane, online joke fodder — and it definitely doesn't look like it'll be stopping anytime soon. Cue the team over at the Internet bible known as KnowYourMeme, who have been hard at work coming up with their predictions about what's going to pop off on the internet this new year. And boy, do they have some interesting thoughts about what'll pop off in 2019 based on the current wave of memes.

For one, emerging tech seems to be a recurring theme, as well as more nonsensical, nihilistic content that's, at its core, about nothing at all. Not only that, but according to the KnowYourMeme team, we'll also (unfortunately) be seeing even more Trump-related content this year — though not in the way you'd expect. But what exactly does this all mean? To make sense of this all, we spoke with KnowYourMeme Editor-in-Chief Brad Kim about what exactly he thinks will be taking over your computer screens and timelines sooner rather than later.

Check out Kim's top five predictions for 2019 and see if you've spotted any of these new trends, below.

We all know that in Internet-speak, a peach isn't merely a peach and an eggplant is far more than a wonderful vegetable for roasting. However, in 2019, the KnowYourMeme team predicts that when it comes to emojis with covert connotations, it'll be less about obvious innuendos and more about "ordinary" emojis with hyper-specific and oftentimes nonsensical meanings. Think about phenomena like the "B" emoji, which Kim compares to asterisks in expletives, as it's commonly been used to replace the "Gs" within online writings of the n-word (yikes). Or the use of the Moyai emoji — the stone head statues found on Easter Island — to indicate... well, who really knows.

After all, this rise in obscure emoji usage is a run-off of shitposting culture, which actively seeks to confuse and derail online conversations via nonsensical tangents and non-sequiturs. "It's a literary device of sorts," Kim says, explaining that the primary goal of using random, obscure emojis is to add to the confusion other users. "Obscure emojis have kind of become a staple of what a shitpost is in the sense that there are certain codes you need to understand this ulterior meaning."

Think of it as part of a new secret, pointless language emerging online propagated by the trollish underbellies of the Internet.

"Emojis are supposed to be intuitive, like what you see is what you get," Kim concludes. "In this new language system, people are now instilling different meanings and purposes when it comes to meme-making, which sets the tone for how people should play around with emojis in general."

The result? Expect a lot more confusing, contextless uses of emojis. "Aerial Tram," it's your time to shine.

From Google Home jabs to your run-of-the-mill "Alexa play" jokes, Kim predicts that we'll soon seen an even bigger uptick in memes related to various smart home devices, especially ones that are voice-activated.

"It's mostly because there's just a growing market [for the products themselves]," Kim says. "There's this demand and push toward, 'You got to get yourself a voice-activated assistant at home. The more commonplace of a household item they become, the more memes we'll see."

And though it has yet to be seen what exactly will be the next evolutionary step in the "Alexa play" saga, there's sure to plenty more jokes about it beyond its ability to soundtrack your inevitable demise.

Not only that, but Kim says we should be ready for an inundation of memes related to consumer-facing tech products this year. Maybe smart sex toys are next?

Speaking of technological advancements related to meme-making, the KnowYourMeme team is also expecting to see a big uptick in algorithm-assisted services dedicated to helping users generate their own versions of popular image post memes. And though we saw algorithm-assisted meme-making emerge in a pretty sinister and fucked up way this year — look no further than the DeepFakes face-swapping debacle — Kim notes that not all of these memes have to be used for evil.

"[Before, this was all done in] a very painstakingly manual way," Kim explains. "These types of memes would pop up in the final stage of a meme's lifespan, because you had to have deep knowledge of video or image-editing software." However, in the era of Snapchat filters and image-editing apps on your phone, the act of creating things like your own "I Don't Feel So Good" meme has become so pervasive that new services for generating memes are constantly popping up — so prepare to see a lot more of these types of generators pop up in 2019.

"A lot of memetic techniques that only a select few could play around with before are now becoming automated," Kim concludes. "What a time to be alive where you can do this type of image processing with the touch of a few buttons, rather than working pixel by pixel."

Though it may not be as revelatory as some of these other meme trends, the KnowYourMeme team is also expecting there to be an increase in anti-Trump memes. Though memeing Trump is nothing new, according to Kim, most of the administration-related memes we saw before were seeded or manipulated by Trump himself in some capacity.

"One thing we think is gonna be intensifying on the rebound is Trump being the dominant meme-maker on social media," Kim explains. "If we do a breakdown of the most notable memes that trace back to the White House or Trump, a lot of memes are now where Trump is the subject of critical memes."

In short? No longer is it enough to meme Trump-posted content, like a photo of himself eating a burger on a plane. Now, it's all about critically responding to PR debacles like the Clemson Tigers' "hemberders" feast.

due to a large order placed yesterday, we're all out of hamberders. just serving hamburgers today.
— Burger King (@Burger King)1547570007.0

"Maybe because it was a midterm year, Trump took a step back with trying to agitate or manipulate social media," Kim concludes. "Who controls the message of memes about Trump has shifted from Trump himself to his critics."

If you were just as baffled by the World Record Egg and its subsequent impact on pop culture as the rest of the Internet was, Kim says you've experienced the beginnings of a new, nihilistic phenomenon the KnowYourMeme folks have dubbed "anti-content."

"Memes are becoming less about the content, and more about the impact of it," Kim says, connecting the anti-content movement to the growing role of self-aware meta-memes on the internet. Explaining that actual meaning has become secondary to metrics and numbers, there's apparently been a huge surge in memes that are specifically designed to go viral by playing into things like anti-fandoms, which Kim says are "a big source of energy when it comes to meme making."

After all, the World Record Egg was, as he points out, "about everything but an egg."

"There wasn't anything intrinsically interesting or extraordinary about the egg, it was more about setting its value against a celebrity benchmark," Kim says. "When people don't like someone or something, they're way more reactive and responsive to creativity as a statement against it... We've gotten to the point where we can make a picture of an egg more popular than what most people care about on Instagram."