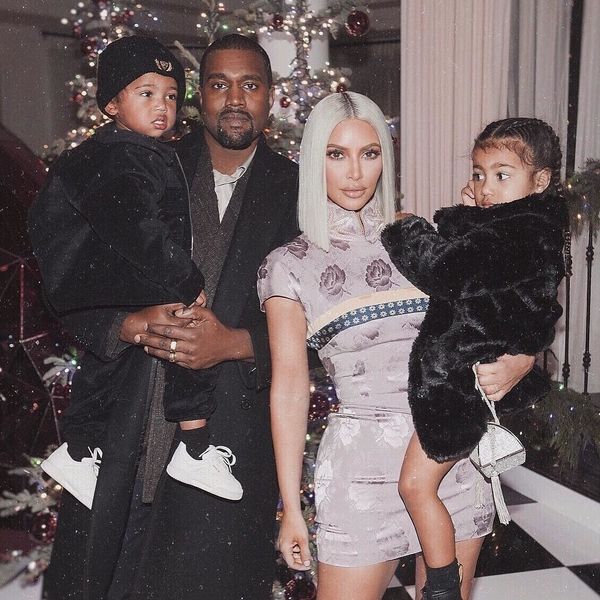 KimYe and North Join D.C. to March For Our Lives

Among the celebrities joining the march in Washington, D.C. today are Kim Kardashian West, Kanye, and their daughter North.

So ready to March today! Landed in DC w North & Kanye. We stand in solidarity with the survivors of gun violence & students who are calling for action on common sense gun safety laws at #MarchForOurLives around the country @AMarch4OurLives @Everytown
— Kim Kardashian West (@KimKardashian) March 24, 2018

KKW took a break from promoting her new concealer set, and announced her family's support for the movement. Her Snapchat shows that she is, indeed, at the U.S. capital at this very moment.

I'm so happy I got to share this moment with these two ❤️❤️ . I hope North remembers this forever pic.twitter.com/wJRRAvW9tC
— Kim Kardashian West (@KimKardashian) March 24, 2018

The whole Kardashian clan have also been tweeting about today's #MarchForOurLives , and are among the many famous voices speaking out about the issue.

There is nothing more important than the safety of our children. You make us proud! Stay safe today everyone! #MarchForOurLives
— Kris Jenner (@KrisJenner) March 24, 2018

Today we stand with the survivors of gun violence and student activists who are calling for action on common sense gun safety laws at #MarchForOurLives around the country! This is the beginning of a safer future. #MarchForOurLives@AMarch4OurLives #NeverAgain
— Kourtney Kardashian (@kourtneykardash) March 24, 2018

We stand in solidarity with the survivors of gun violence and student activists who are calling for action on common sense gun safety laws at #MarchForOurLives around the country @AMarch4OurLives @Everytown pic.twitter.com/J2CjKG1gBj
— Khloé (@khloekardashian) March 24, 2018

to all the students participating in #NationalWalkoutDay ... you inspire me 👏🏼
— Kendall (@KendallJenner) March 14, 2018

And while the whole Kardashian-Jenner brood won't be physically present at the march, they've been retweeting the Twitter News livestream.

For those who are unable to make it, it's probably more advisable to stay tuned-in with live news coverage like the one linked above, but feel free to check out Kim's Snapchat for her own personal #MarchForOurLives experience updates.