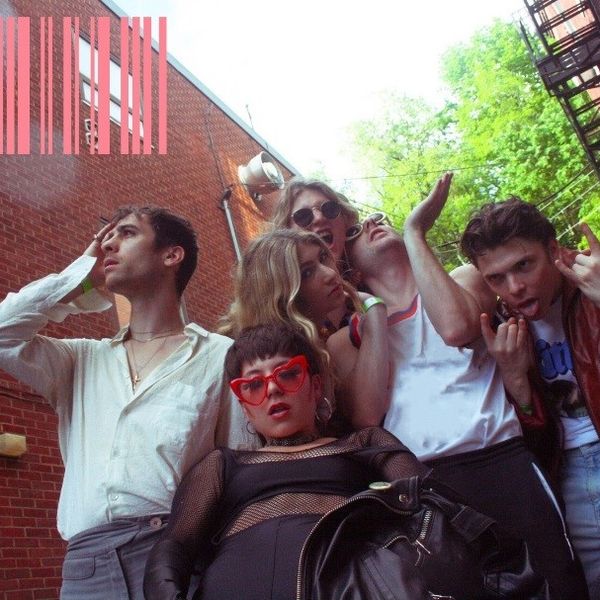 Lead singer Chloe Chaidez on the band's cathartic dance-rock of "Mercury" and "Secrets."

The child of a punk drummer raised in the Los Angeles club scene, she spent her childhood playing solo and in bands. She formed retro-pop outfit Kitten in high school, making her major label debut with the band at 17 with 2012 EP, Cut It Out, while the band's first full length album Kitten ranked on Rolling Stone's Best Pop Albums of 2014 list.

Fundamentally indebted to the '80s as a project, Kitten has cycled through goth-glam, punk, and new wave sounds over their almost-decade on the scene (you have time to explore and refine when you start as young as Chaidez did), always anchored by Chaidez's workhorse vocals and pure pop velocity.

Now, after a steady smattering of singles and videos, Kitten continues to tease us leading up to the release of their sophomore album. Today, the band has released a pair of dance-cry bops that reveal Chaidez as a master of melodrama: "Mercury" and "Secrets."

"Both "Secrets" and "Mercury" originate from our earliest sessions together, but it took awhile to bring them to life" Chaidez tells PAPER. "Secrets" felt ambitious at first, but by embracing the melodrama we were able to see it through. Everything fell into place for "Mercury" when I refocused the lyrics on my parents' divorce and just let it be really personal. We love music that makes you want to dance and cry all at once."

On "Mercury," Chaidez reflects poignantly on her parents' divorce with an intimacy that intuitively conflict with the spacey, euphoric '80s pop vibes, floods of bright synths and boom-clap bopping beat. However, you can feel the cathartic release taking place in the deliciously melodramatic chorus, which sounds at times like the more generous sister to ABBA's "Super Trouper," beefed up with the skittish, glitching production of Charli XCX's Pop 2.

"Secrets" is warmer, smokier and subtler, beginning with a percussive twinkle, quickly filling in with squirming electric guitars. Chaidez's voice, more confident than ever, rips the track open the first verse, and impresses throughout the song, transforming from wavering whispers, to throaty, ragged breaks, to polished pop belting. "Secrets" offers its fair share of hair-sprayed, cheetah-printed melodrama in the bombastic guitar solos, shout-along chorus and triumphant climax, but all is executed wink and a smile, adding up to a danceable vintage pop-rock groove that takes you by surprise.

In Kitten's case, "surprise," where emotional catharsis can be found, is their secret weapon.