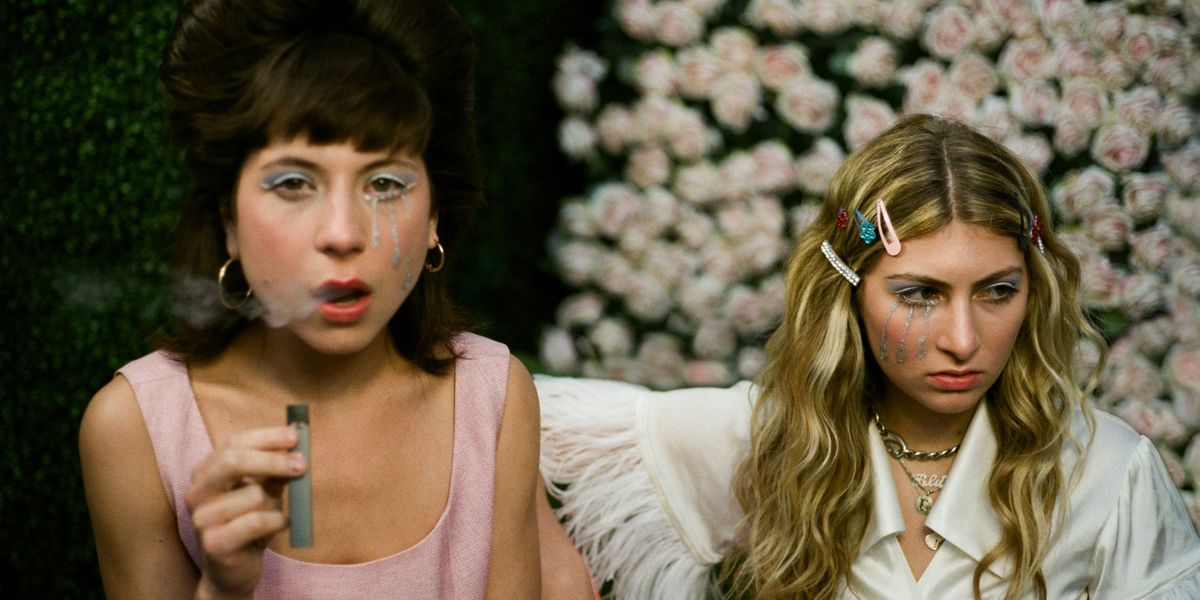 Last week, Kitten covered Elton John's "Your Song." This week, the band takes on Lesley Gore's beloved 1963 feminist classic, "It's My Party," which was producer Quincy Jones' and Gore's first No. 1 hit, recorded for her debut album of the same year, I'll Cry If I Want To.

Kitten's lead singer Chloe Chaidez explains the impetus behind this week's cover, produced by the band's own Blu DeTiger and David Stagno:

"Not only was Lesley Gore a legendary vocalist, her feminism and transparency with her sexuality was and is inspiring. She was never afraid to boldly speak her mind, and express herself freely with her music and platform. Enjoy, folks!"

In the corresponding images, Chaidez and DeTiger channel the era from which Gore initially gained popularity — the mid-'60s — with beehive hairstyles, dramatic cat-eyes, melancholy expressions, and all. At the time, American feminism was still in its second wave, but it also meant artists like Gore, who long supported LGBTQ rights before it was in vogue, were a revelation.

She also smartly channeled the music written for her by male industry titans to a funnel for progressive thoughts about personal autonomy, and the freedom to be oneself. In future hits such as "You Don't Own Me," those messages became even less obscured. Later in Gore's career, she came out as a lesbian.

For her part, Chaidez, a woman who is able to write and produce her own music today, honors what trailblazers like Gore did to pave the way for musicians like her. Chaidez sings Gore's lyrics with verve and passion, amid a flurry of danceable handclaps and twinkles. Her voice is to the front of the mix, not buried beneath the music — symbolism for a time in which more queer people take up the space they deserve, while paying tribute to those who made it possible.

Hear Kitten's version of Lesley Gore's "It's My Party," below.