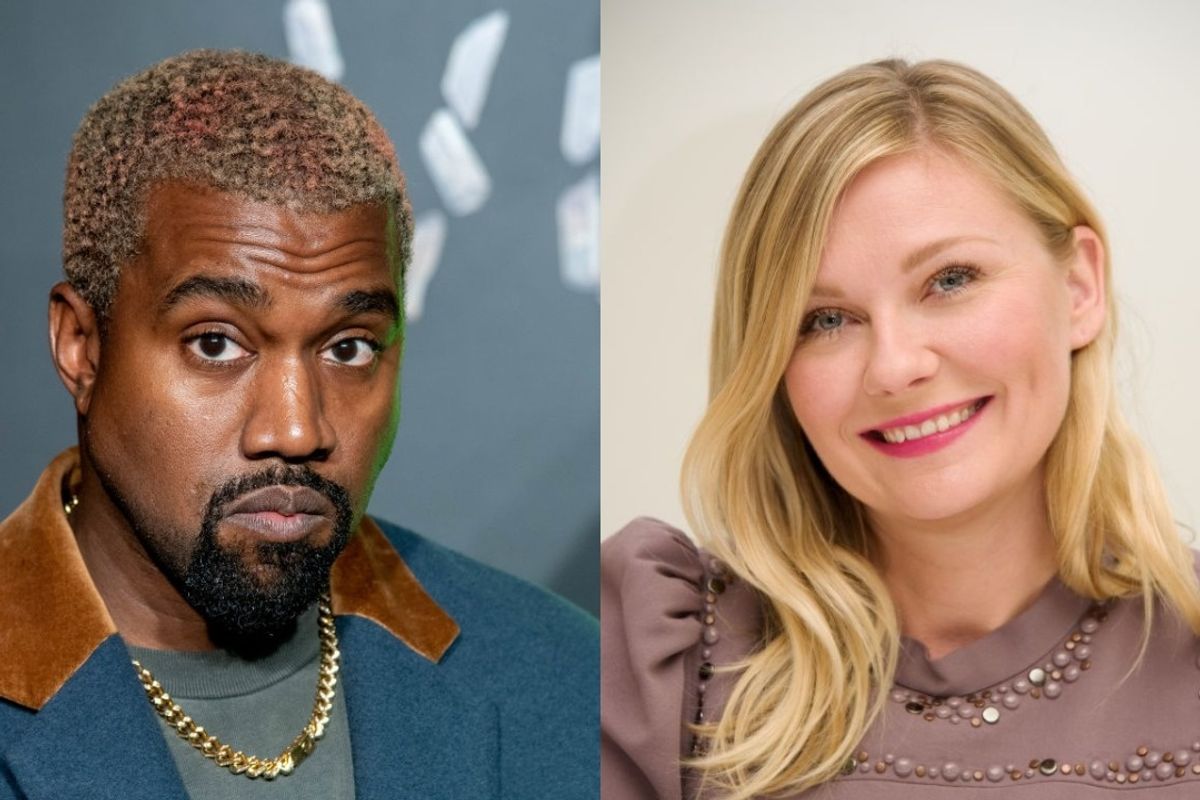 Kirsten Dunst Is As Confused About Kanye As You Are

Kanye West continues to kind of, sort of run for President. He might not be on the ballots, but he does have a lot of branding, and isn't that what truly matters? His latest "Kanye West 2020 Vision" campaign poster, a riff on Vision Street Wear, is basically a 2012 Tumblr moodboard featuring the likes of Anna Wintour and Virgin Suicides-era Kirsten Dunst.

It's a headscratcher. And Dunst, much like the rest of us, isn't so much angry as she is confused. West clearly didn't ask permission to feature her on his campaign materials, and the actress replied to his tweet with a couple of understandable questions: "What's the message here, and why am I a part of it?"

There's no comment from Kanye just yet, and we probably... shouldn't expect one. He's likely busy trying to gather signatures, after failing to get approval from the Illinois elections board in his home state. Or else planning a Sunday Service in Wyoming. Or, um, finishing up the album that was meant to come out last month.

Another day, another wild Kanye move. No word yet from Ms. Wintour. Kiki should probably just be grateful that she didn't get the "Famous" video treatment. Please do not write this man's name in on election day.