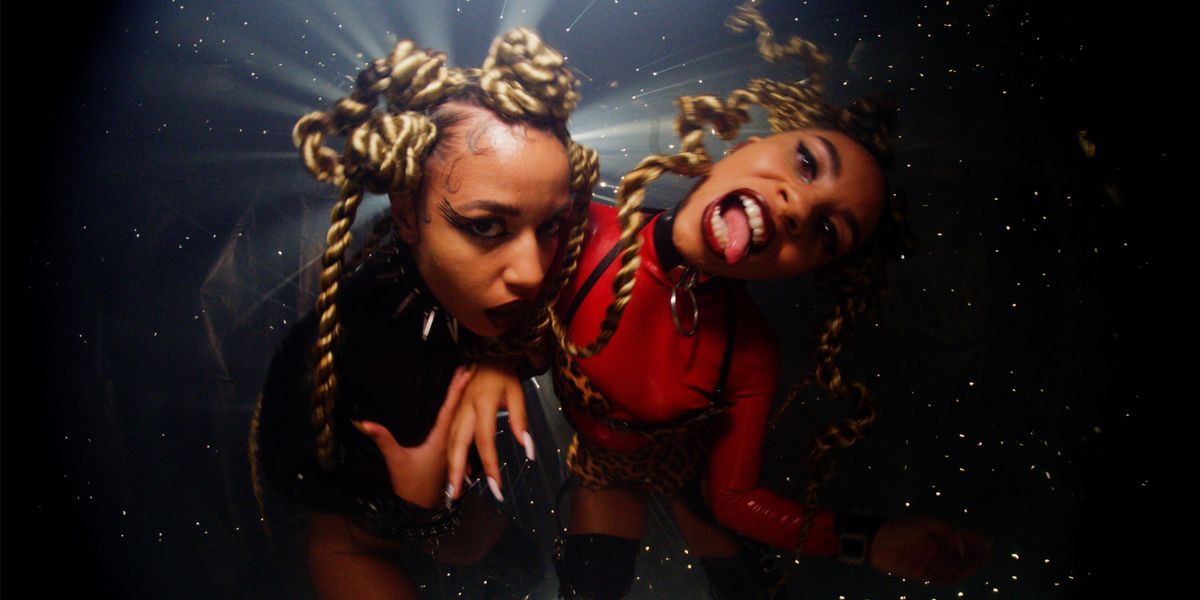 Meet Kinder at the 'Bus Stop'

Contender for top five worst feelings: arriving at the bus stop just as the driver pulls away. You try and wave them down, but it's too late. You're left sweating on the sidewalk, dodging pitiful glances from bystanders.

Contender for top five best feelings: arriving on the dancefloor just as the beat drops and joining a circle of friends who are already there and getting deep in it. Also kind of sweaty, but you're surrounded by joy, and nothing matters.

Related | ZAN Travels Through Space and Time With 'tu'

What happens when you combine these two experiences together? The answer is "Bus Stop" by Ghanaian-Australian singer, songwriter and producer sibling duo Kinder. It's a club-ready track about being forsaken by a bus driver with a schedule to stick to, and catchy as hell. You could conceivably listen to it in either situation, but we'd pick the latter.

The song's music video, premiering with PAPER today, sees sisters Savannah and Briony Osei dance it out with the help of director Ribal Hosn and stylist Kurt Johnson. The duo switch up their looks and their moves, conveying the heady atmosphere of a club night that's ticking over into the early hours.

Related | Have Australians Been Living on Chromatica This Whole Time?

"'Bus Stop' is a darker track for us, more than any other song we have released," Kinder tell PAPER of the shoot. "We spoke to a few different people about the video and how to capture the right night time club atmosphere that is in the song production. Ribal sent us a mash up of 20 other videos, remixed over the start of our song, and we knew he totally understood the track. He's a real fan of the music videos we love, so we were on the right page creatively from the start."

Growing up in Maitland, New South Wales, the Osei sisters grew up listening to music all through their shared childhood. Their dad Kofi, whose schedule is dictated by the highly flexible rules of "African Time," actually formed the lyrical inspiration behind "Bus Stop." They've toured across the Australian festival circuit, opened for the likes of Rita Ora and even modeled in national fashion campaigns. You should definitely run to catch up with their previous single "Come Along" from last year.

And don't miss "Bus Stop," either. Watch the brand new music video, below.