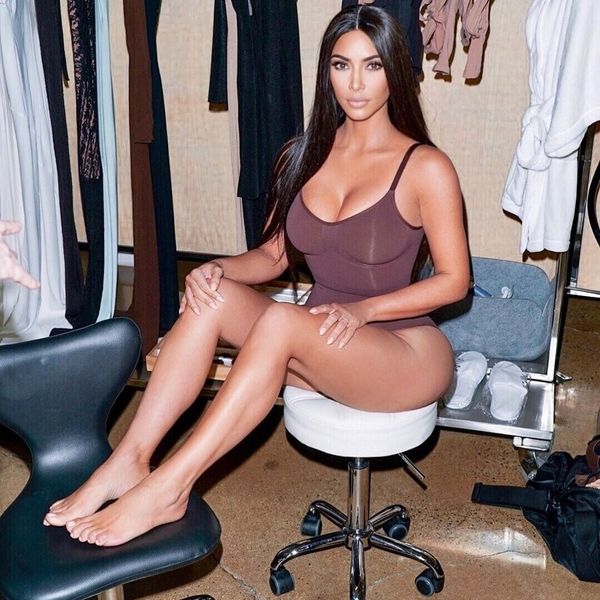 Kim Kardashian, a Spanx wearer of note, surprised no one when she announced her own shapewear line last week. But the name she went with did cause some head scratching: Kimono. Kardashian has long been a fan of the Japanese garment, and there's obviously a convenient pun factor. Can you guess what happened next, though? Correct: mass backlash. Now the entrepreneur says she'll go back to the drawing board and re-brand.

Kardashian had previously released a statement, published in the New York Times, explaining that her choice to play on the word "kimono" wasn't intended as cultural disrespect. She said she didn't intend to "design or release any garments that would in any way resemble or dishonor the traditional garment," but noted that the name was a nod to "the beauty and detail that goes into" Japanese kimonos.

This clearly wasn't enough of an apology for Kardashian's haters, so she's taking the next step. On Instagram this morning she wrote that the name "Kimono" had been announced "with the best intentions in mind," but after "careful thought and consideration, I will be launching my Solutionwear brand under a new name," TBA "soon." She thanked followers for their support.

Perhaps what pushed Kardashian over the line was receiving feedback from the mayor of Kyoto, Kadokawa Daisaku. Daisaku wrote an open letter, posted on Facebook over the weekend, urging her to reconsider the choice. "Kimono is a traditional ethnic dress fostered in our rich nature and history with our predecessors' tireless endeavours and studies, and it is a culture that has been cherished and passed down with care in our living," he wrote. "Also, it is a fruit of craftsmanship and truly symbolizes sense of beauty, spirits and values of Japanese."