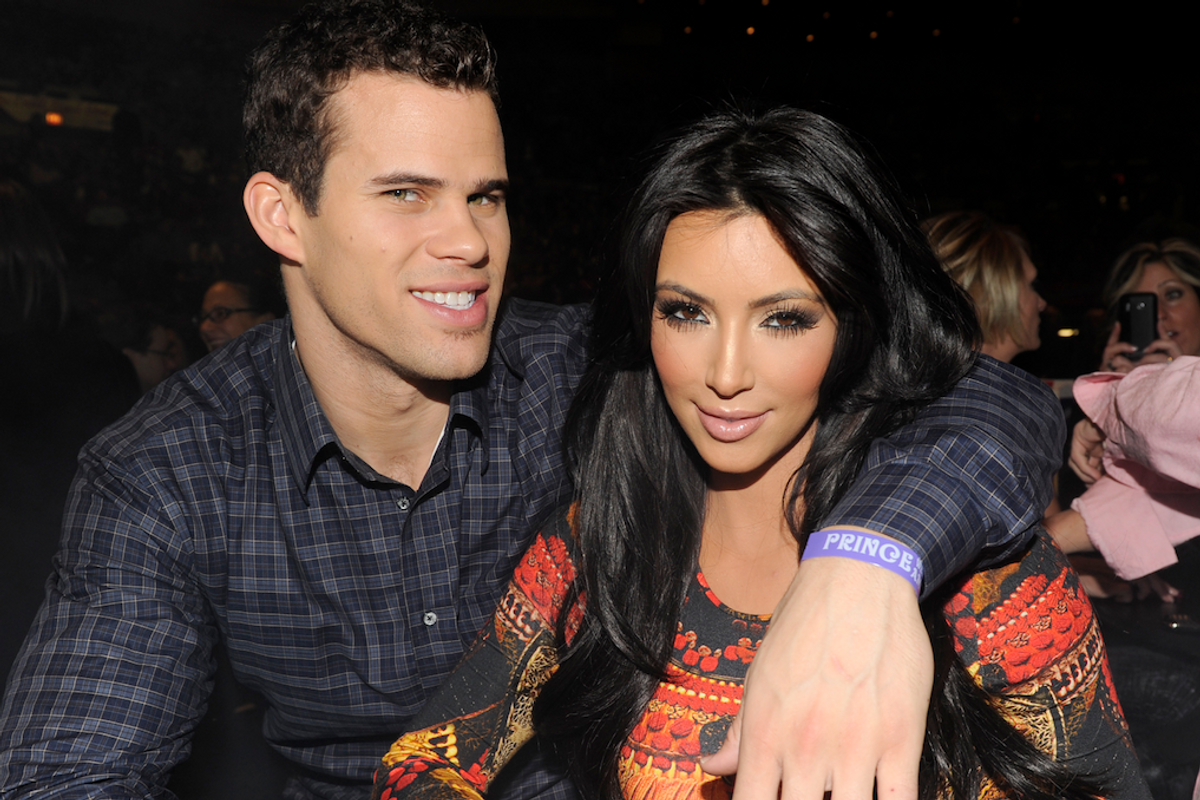 Who doesn't love a long weekend filled with sizzling hot goss? I know I do, and so apparently does Andy Cohen, who asked Kim Kardashian every question that any good publicist would declare off-limits during his Hollywood week of Watch What Happens Live. That means Kris Humphries, Taylor Swift, Kendall's infamous Pepsi commercial, Kylie/Tyga, Kris/Caitlyn and the much-hushed break-up between the Kardashian clan and their long-time stylist Monica Rose.

While the hyper media-trained Kim is forever diplomatic when it comes to the tough qs, the Watch What Happens format did require her to reveal a whole lot as to what did really happen with these individuals. Here we go.

When asked if she knew the marriage to Kris was going to fail, Kim affirmed what we were all thinking: why of course she did.

"I just thought, 'I'm 30 years old. I'd better get this together. I'd better get married.' I think a lot of girls do go through that, where they freak out...thinking they're getting old...their friends are having kids...so it was more of that situation. But I knew, like, [from the] honeymoon, it wasn't going to work out."

Has she spoken to Taylor Swift since she used Snapchat to unmask the pop star as half human woman, half reptile?

As for Kendall, why the Pepsi commercial? Why?

"She totally understood at the end of the day and she felt really awful for it and she just wants to move on from it."

On Kylie and Tyga's break-up, which sounds low key given how tumultuous that relationship was.

"You know, I feel like [there was] a lot of drama, and it doesn't mean he's a bad person at all," Kardashian explained. "And what was great was that it was so easy, that split. There has not been any drama with her since."

Finally, what of Kris and Caitlyn? Is a reconciliation in their future?

"Zero. No, one. No, I would say two percent. And those are Kendall and Kylie. That's their percentage. All fair, I think."

There you have it folks, Kris and Kim were always doomed to fail, Kim and Taylor still have bad blood, Kylie and Tyga are chill, Kris and Caitlyn aren't and Monica Rose remains ostracized for reasons unknown.

Finally, Monica Rose. The family's recently unfollowed the stylist en masse and dropped her from their teams. Why Kim? She knows, in fact she doesn't want to go there at all, so she weaves around the question like the artful dodger she is.

"So my reason is not connected with this, but I will say that I read that it was said that she was the reason behind my makeover," Kardashian said. "My makeover when I met Kanye—and I will say that Kanye got me a new team and we kind of documented it. So I think people think that's the reason, and for me, maybe that is the reason. I needed a new vibe."

"So she publicly said, 'I gave her a makeover' and it was actually Kanye that gave you the makeover?" Andy Cohen responds.

"But that's not the reason for my family, that was me years ago," Kardashian said. "Why everyone else? You're going to have to ask them."

Smooth as a whistle. Watch it all here.