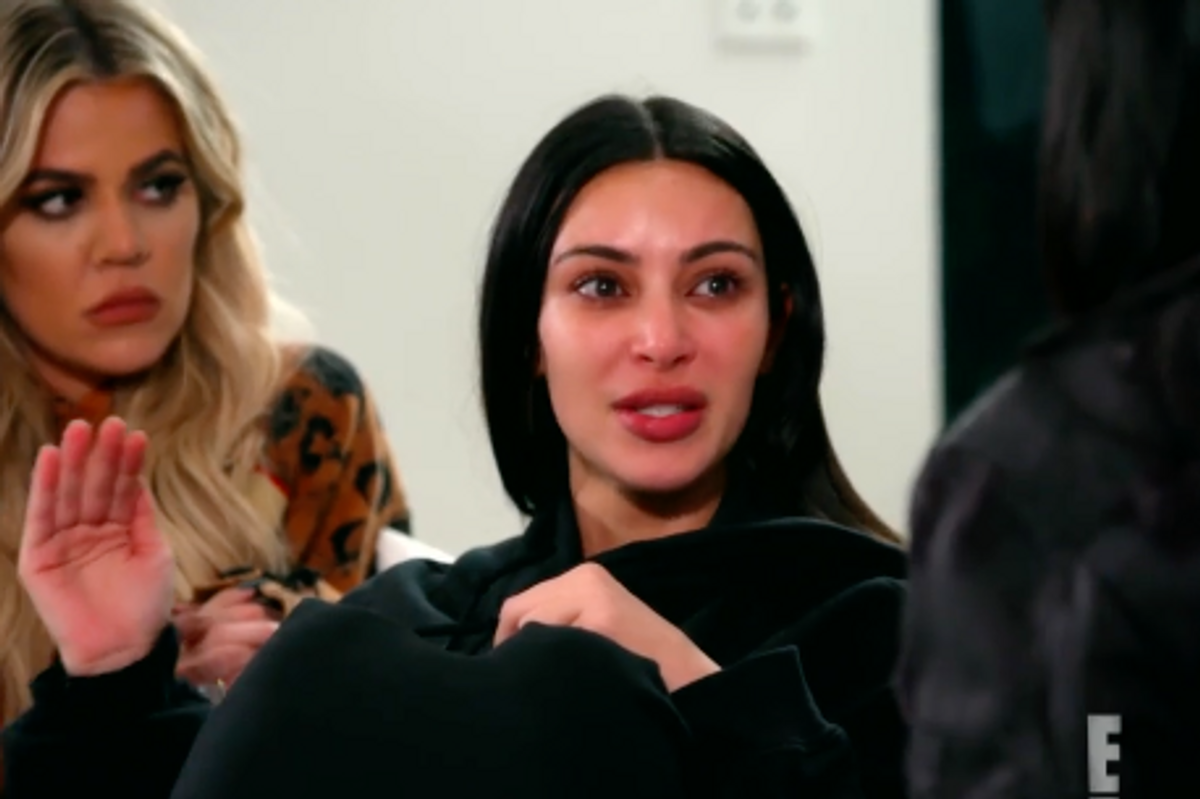 Season 13 of Keeping Up with the Kardashians aired last night, but the episode we're all living for – Kim Kardashian's firsthand account of being held at gunpoint in Paris – will show this Sunday. There's never been a better reason to keep up.

The robbery shook the world last October, especially considering Kim, who once admitted she owed her career to social media, went on a posting hiatus and refrained from appearing publicly for three months post the ordeal.

In a new teaser for this week's episode Kim tells sisters Kourtney and Khloe what was going through her mind during the robbery. The reality star breaks down revealing how she felt like there was no chance to escape without being "shot in the back."

"They ask for money. I said I don't have any money," she recounts. "They dragged me out on to the hallway on top of the stairs. That's when I saw the gun clear, like clear as day. I was kind of looking at the gun, looking down back at the stairs."

"I was like, 'I have a split second in my mind to make this quick decision," Kim continued. "Am I going to run down the stairs and either be shot in the back?'" the mom of two said, bursting into tears. "It makes me so upset to think about it. Either they're going to shoot me in the back, or if I make it and they don't, if the elevator does not open in time, or the stairs are locked, then like I'm fucked. There's no way out."

For more, you're just going to have to tune in to Keeping Up with the Kardashians on Sunday evening, but you can guarantee this is going to be one of the realist episodes we're going to see from reality show.