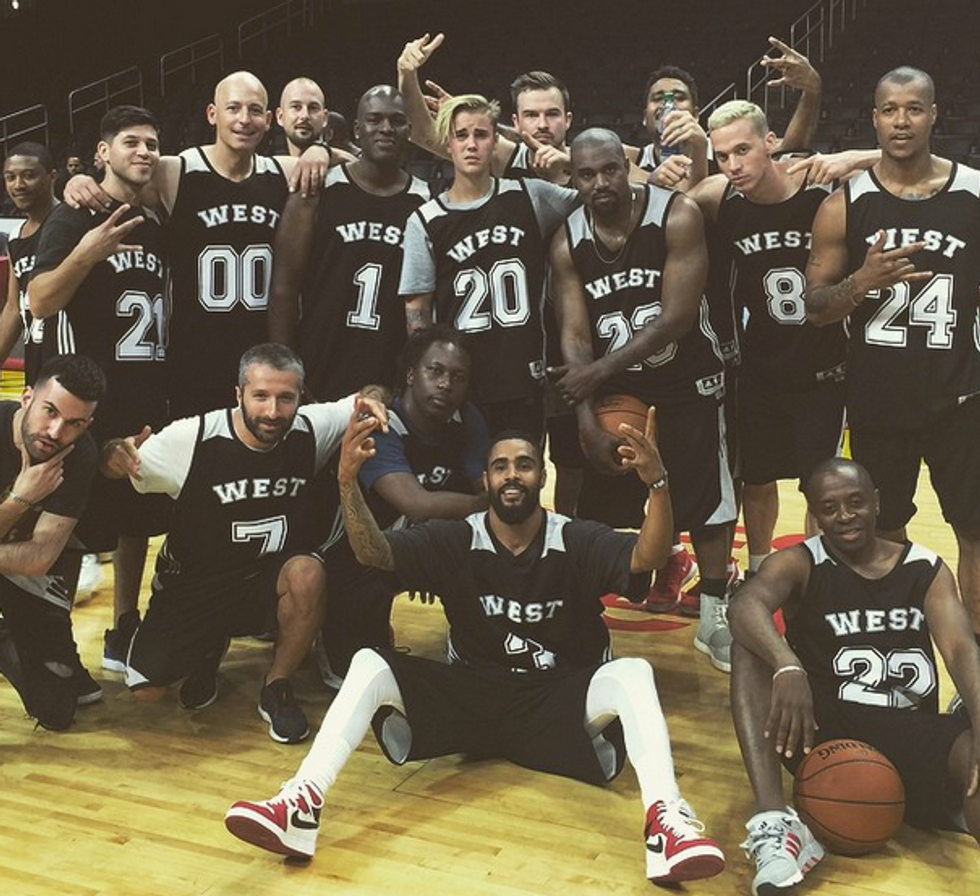 by Eric Thurm
PAPERMAG
[Photo via Instagram]
Yesterday was Kanye's birthday. But what do you get the man who has everything he could ever want (except for all that other stuff people won't give him)? If you're Kim, you just rent out the entire Staples Center for a party, and invite everyone from Justin Bieber to John Legend to the rest of your own family. Not only is it a great opportunity for Kimye-style kurated attention, you also give Kanye the opportunity to sweetly blow out his candles and flash a rare smile. And that's to say nothing of the "West vs. East" basketball game that went down with the aformentioned Biebs, along with Tyga, Pusha T, and Russell Westbrook. 2 Chainz and James Harden coached the players, Legend sang the National Anthem, A-Trak DJ'd and former NBA player John Salley announced. (BuzzFeed has a full documentation of the party.)