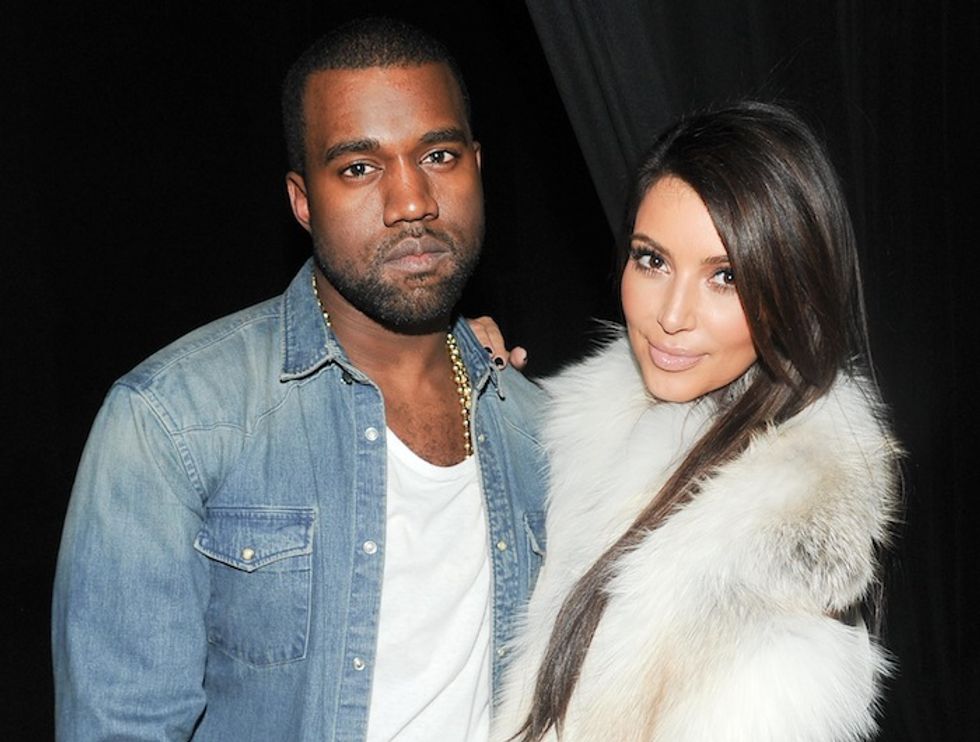 Kim Pursued Kanye: The Story of How Kimye Got Together Is Different Than You Think

By Sandra Song
PAPERMAG
(Photo via E!)
As the anniversary of their first full year of sweet nuptial bliss approaches, Paper's Break the Internet covergirl Kim Kardashian sat down with Access Hollywood's Billy Bush to talk about her relationship with our current cover star, Kanye West.
Sharing some intimate details for the first time, Kim talks about how the world's most famous couple actually got together -- and it wasn't because she heard Kanye sing about being in love with her on "Theraflu." (There was always something a little too 'ripped from reality TV plotlines' perfect about how the two were first spotted dating the very same day he released the track.)
Instead, it was the result of a flirtation and initial attraction that had been smoldering beneath the surface for years after they worked on an ill-fated puppet TV show pilot together but the two superstars were initially hindered by bad timing and other relationships (most notably Kim's marriage to Kris Humphries). And, ultimately, Kim says she pursued Kanye and not the other way around.
"I called [him] because I'm sure it was really hurtful that I got married and, even though it's not like we communicated all the time, I knew what he was thinking," she said. "So I thought he was going to call me as soon as he knew that I was single again. He didn't, and so I called him and I said, 'Hello? I thought you were at least going to call me and 'I told you so,' something?'"

Photo proof of when "the magic happened" at Kanye's Fall 2012 fashion show in Paris. (Photo by Joe Schildhorn/BFAnyc.com)
But apparently it worked, as Ye invited K to Paris for his Fall 2012 fashion show, which is where Kim said the "magic happened."
And like all great relationships, they complement and encourage each other, whether it involves being bold or new business prospects. After all, Kim says that her partnership with Kanye has inspired her to stand up and push things in the direction she wants, especially with projects like her video game, which she says ended up being "the best thing I ever did."
Moral of the story: ask for what you want and then magic will happen.