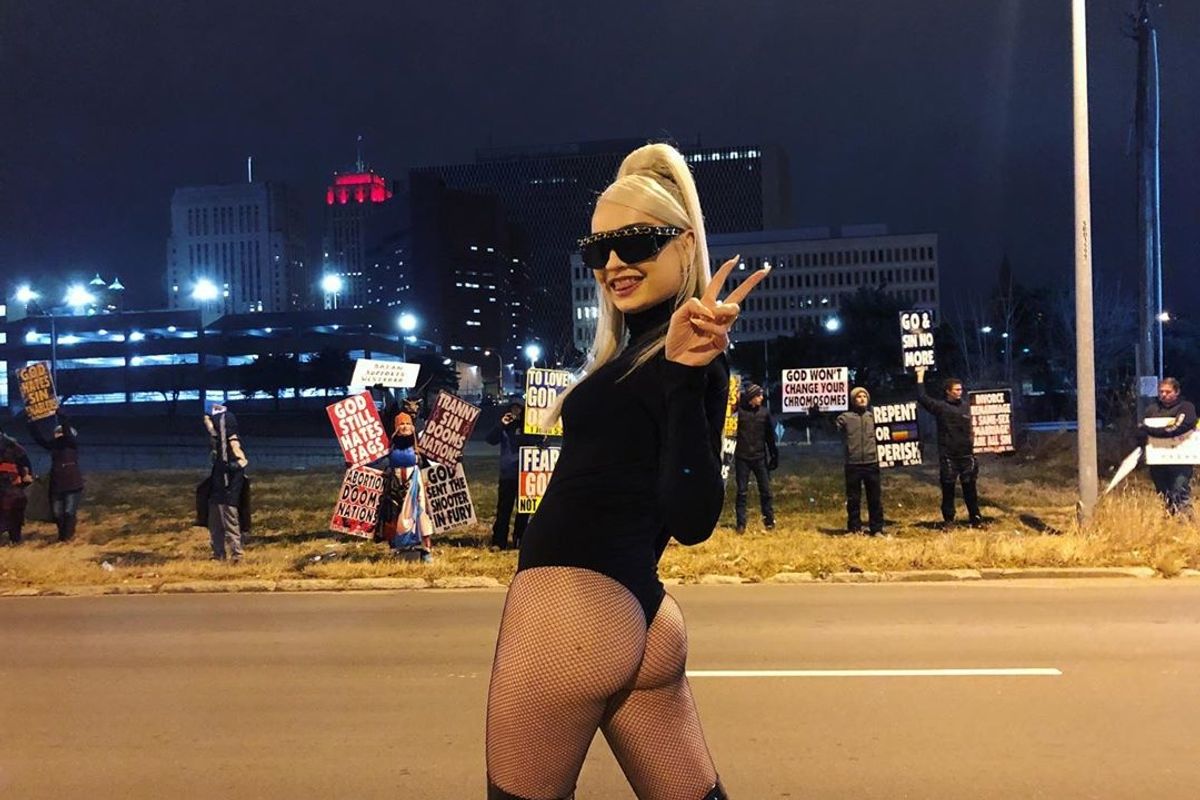 Kim Petras was delighted to enrage the Westboro Baptist Church this weekend by existing, thriving and playing a show near the violently anti-LGBTQ group's headquarters in Topeka, Kansas.

Small town gays flocked to the trans pop artist's show in Kansas City (across the border in Missouri) on Sunday night, and in the lead up a few Bunheads won the affections of their queen by posting billboards of her face around the area, apparently to troll WBC. "This is the best, I'm all about it," she responded.

Petras was even more pleased when the WBC rolled up to her show, armed with their signature "God hates fags" paraphernalia. Her official statement, after the WBC issued a truly deranged press release condemning her show and announcing they would be protesting, was: "News: hoes mad... Stay maddd... idgaf."

After the show, she braved the snow and transphobia for a glorious kiss-off to her WBC picketers. In an extremely blessed, now-viral clip, she appears looking fire in a black bodysuit and thigh highs posing in front of the protest for an impromptu photoshoot — blowing kisses to the camera and using queerphobic signage as her backdrop.

Petras is no stranger to transphobia. In her recent PAPER profile, she discussed being turned away by labels and rebuffed by potential industry partners as recently as two years ago because of her gender identity, which she suspects keeps her off the charts and out of the mainstream.

"It became a huge deal with everybody and they were talking about either marketing strategies with it, or keeping it a secret, or what to do or not to do," Petras said. "Some people were religious and were like, 'We can't work with you because it's against God.' And that was just two years ago."

They'll still show up to a synagogue or a gay wedding here and there, but pretty much everybody hates the Westboro Baptist Church. Given their lack of power compared to other systems and institutions threatening trans people (like... White House or a prejudiced music industry), it feels fitting to watch Kim literally laugh in these assholes' faces. Honestly, having anti-LGBTQ protestors at your show is chic. If you don't at yours, wyd?