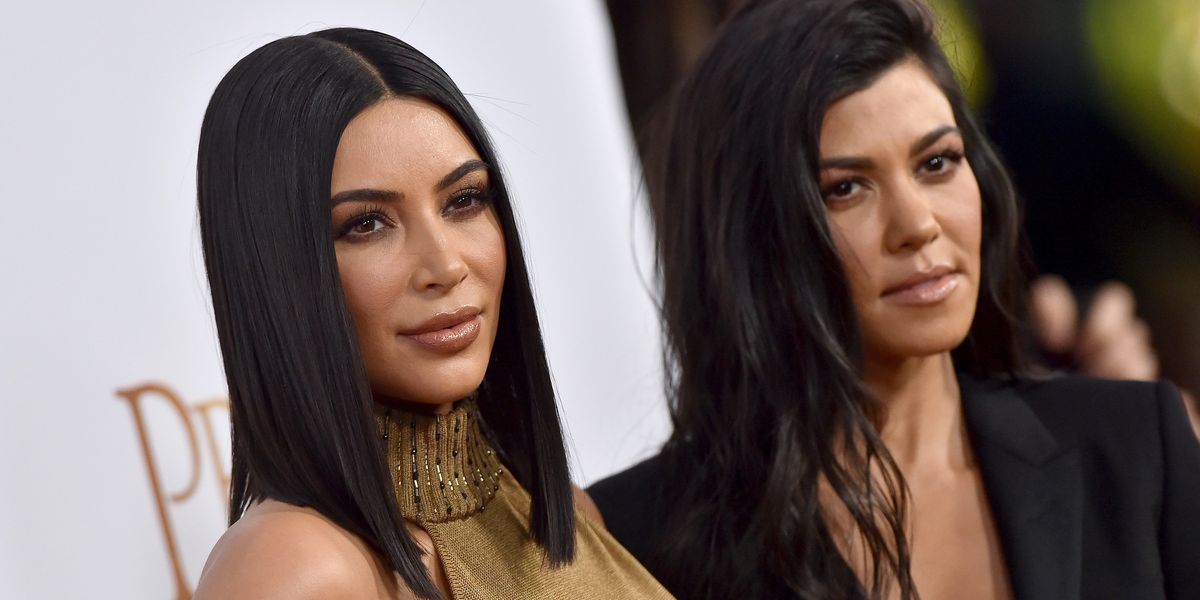 In a new clip from Keeping Up With the Kardashians, Kourtney is trying to decide on an outfit for her birthday party. As she mulls over a sparkly, pink number that she thinks is a little too Romy and Michele's High School Reunion, Khloé calls up Kim via FaceTime for a second opinion.

That said, Kourtney is hesitant, as she doesn't "know if I trust her [Kim's] opinion the most" — a tidbit that Khloé puts on blast.

"She wants me to call Kendall because she doesn't care about you and I," Khloé tells Kim, who immediately responds, "Well if you don't care about you or I, why do you keep on picking out all the same clothes?"

Kourtney subsequently denies Kim's claim, saying she dresses "completely different." But Kim fires back by saying she was told that Kourtney's stylist had already "pulled everything," which Kourtney argues is unfair, as Kim can't "ban" her from wearing the same designer.

However, in her confessional, Kim tried to explain that Kourtney doesn't "understand the legwork" that goes into maintaining relationships with certain designers.

"I dont think anybody understands. You have to really have a relationship with that designer," Kim continued. "I've spent months and months flying to Miami to see what his vision is. So for her to jump in, I was just like, 'Oh come on, she has no idea how this works.'"

Watch the teaser in its entirety, below.