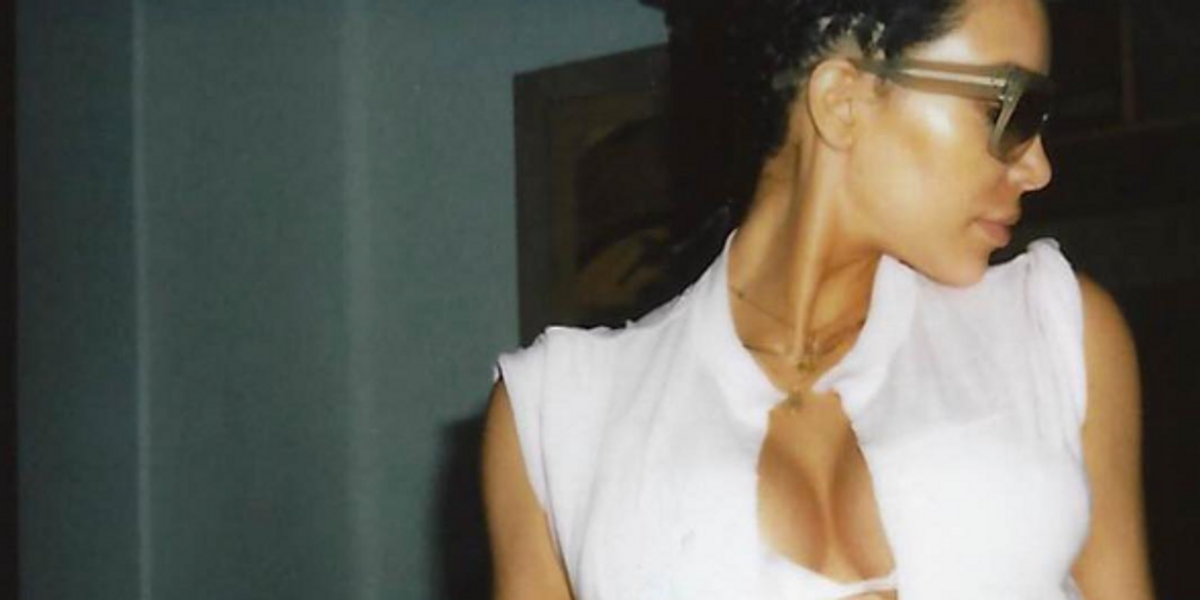 After paparazzi photos emerged of Kim Kardashian's dappled bottom in a thong bikini while on vacation in Mexico, the Internet (Piers Morgan) collectively screamed "false advertising!", basically because we are used to Kim forever looking like as shapely, smooth and sculpted as tennis ball inside a balloon.

This illusion has clearly come from the fact most of the images we see of Kim's body are highly filtered and mostly airbrushed, because that is the way of the world team. Still, people weren't having it.

The reality star reportedly lost 100,000 Instagram followers after the photos were released, presumably because they felt like Kim had been long misrepresenting her true body.

There was, however, a very vocal minority that stood up for Kim, many of whom were even relieved to see Kim, like the rest of us, is not flawless. They also pointed out that while men want to "see something natural", you can't then turn around and crucify a women for flaunting her natural body.