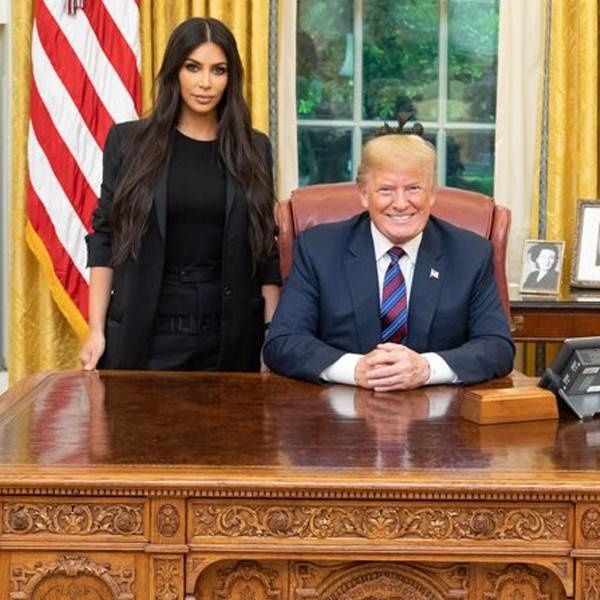 Kim Kardashian Is Back at the White House

Kim Kardashian West might be an unlikely political lobbyist, but you can't argue she's an ineffective one. In June, President Trump commuted the life sentence of Alice Marie Johnson basically because Kim told him to. Now the KKW mogul has returned to Washington, campaigning for the release of another non-violent drug offender facing a lifetime behind bars.

"His prior conviction to get him to his three strikes was marijuana, and then marijuana with less than half a gram of cocaine," Kardashian explained to podcast host Jason Flom on an episode of his show Wrongful Conviction, released yesterday. "It was just a crazy — there's so many people like him."

Would this news story have seemed normal a year ago? No. But actually we're pretty glad Kim's on the case. If her last visit to DC is any indication, Young has reason to feel optimistic about a shortened sentence. According to Vanity Fair, she's been making "near daily contact" with the White House to push for more commutations.

More generally, her return invite ignites an ember of hope that prison reform legislation could pass sooner rather than later. Especially as Jared Kushner has indicated that new laws are a priority.

It isn't confirmed whether Kim will meet with Trump himself this time around –– which means we might not get a recreation of this creepy photo.