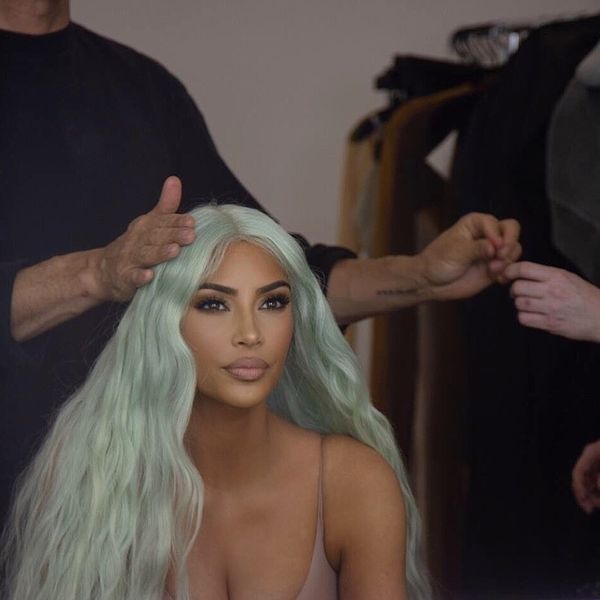 Kim Kardashian West isn't shy about sharing her skin ailments with the world, and this week on Instagram she chronicled her psoriasis outbreak — an issue she's been candid about since first being diagnosed in 2011.

In a story captioned "Psoriasis Face," the reality star and beauty mogul posted a close-up of her face, offering a real glimpse into what it's like to live with the condition.

While most people try to cover it up with makeup, Kardashian West has consistently chosen to go makeup-free and remain honest about it.

In a now deleted 2016 post, the star said: "I have that one patch on my right leg that is the most visible. I don't really even try to cover it that much anymore. Sometimes I just feel like it's my big flaw and everyone knows about it, so why cover it?" she said. "I'm always hoping for a cure, of course, but in the meantime, I'm just learning to accept it as part of who I am."

Still, the celebrity has been victim to online trolls and publications criticizing her condition, including Daily Mail Celebrity who said she was having a "bad skin day."

Nevertheless, Kardashian West continues to document her journey and ongoing efforts into treating the condition both in real life and throughout the several seasons of Keeping Up With The Kardashians.

And with this recent post, fans online are impressed:

The fact that Kim Kardashian just posted a video on her snap of her psoriasis all over her face makes me feel less… https://t.co/OT1G7Jrilj
— Courtney Chaves 🌻 (@Courtney Chaves 🌻)1552401865.0

Much respect to @KimKardashian for full on showing her psoriasis on her face Bc same girl this shit sucks😩
— Rebecca Moore (@Rebecca Moore)1552359034.0