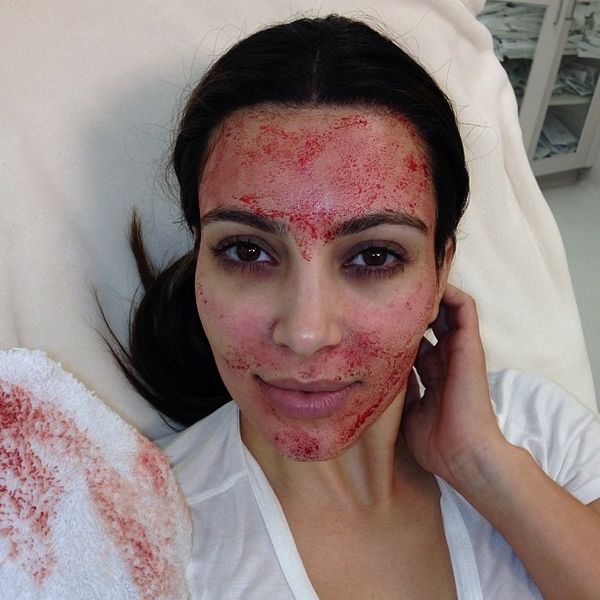 Kim Kardashian has been studying law for almost a year now, and it seems like she's putting her recently acquired knowledge to the test. Her first big case? Suing an Alabama-based doctor for using her name to promote his treatments.

No one can forget images of Kardashian's face smeared in blood as she smiles in the doctor's chair while heading for a seemingly painful procedure, which has now been termed as the Vampire Facial. Over the years, multiple dermatologists and doctors have claimed to offer similar procedures. But Dr. Charles Runels, the inventor of the infamous treatment, has apparently gone out of his way to attach both Kardashian's name and face to it.

In a complaint filed to a California federal court, the reality star has alleged that Dr. Runels had a "scheme to misappropriate [her] hard-earned popularity without her permission [that] is so pervasive [its] features [her name and likeness] prominently" on his website to "of all places, his LinkedIn profile."

And while the KKW Beauty founder confirms that she and sister Kourtney Kardashian did actually get Vampire facials seven years ago during the filming of Kourtney and Kim Take Miami, she "certainly never licensed her name in connection with the procedure."

She further claims that not only has Dr. Runels used her name, but also her family's last name and her photos without reaching out for authorization.

And so, she is now suing the doctor and his company, Cellular Medicine Associations, for federal trademark and copyright infringement, right of publicity violations, and false association or endorsement in violation of California State.

The 19-page-complaint is also filled with a number of examples, most prominently of a pamphlet used in promoting the Vampire Facial and featured the words, "The Kardashians Got It" on it. Identical promotions also run on the website. Kardashian supposedly said she was "horrified to discover that her name and likeness were plastered all over Runels' website."

And although she initially tried to reach out to Dr. Runels and his attorney "to demand that he cease using her name and likeness without her consent," she was instead asked to pay him to get the pictures and references removed from the website — something that has caused her to suffer damages in "not less than a number well into seven figures."

"Setting aside the monetary value, however, it is Ms. Kardashian's choice whether or not to commercially endorse another party's goods and services," her counsel said. "Runels and [Cellular Medicine Association] took that choice away from her when they decided to prominently use her name and likeness in commercial advertising without her permission. Ms. Kardashian seeks to hold the defendants accountable for its blatant disregard of her well-established rights."

Kardashian's team has also asked for a temporary restraining order along with a preliminary and permanent injunctive relief preventing Dr. Runels and his company from using any photos or references of her. She has additionally requested to be awarded damages and for the company to surrender profits acquired from using her name. According to the complaint, in 2017, Dr. Runels was charging 650 medical providers close to $200,000 per month to license the name of Vampire Facial and his other procedures.

However, in a statement obtained by The Hollywood Reporter, Dr. Runels refused to take blame and has instead asserted it is Kardashian who is in the wrong.

"She makes profit on getting attention and she used my names to get attention without asking and without paying," he said. "Would the photos and the show have gained as much views without my name? I will win in court against her. It's like the quarter back who has sex with the ugly girl, then wants to deny. She endorsed my procedures without my asking. Now she wants everyone to keep it a secret. She's a public figure, she made it news, it's legal to curate the news."

No official word from Kim Kardashian or her attorneys yet. Stay tuned to see how this unfolds.