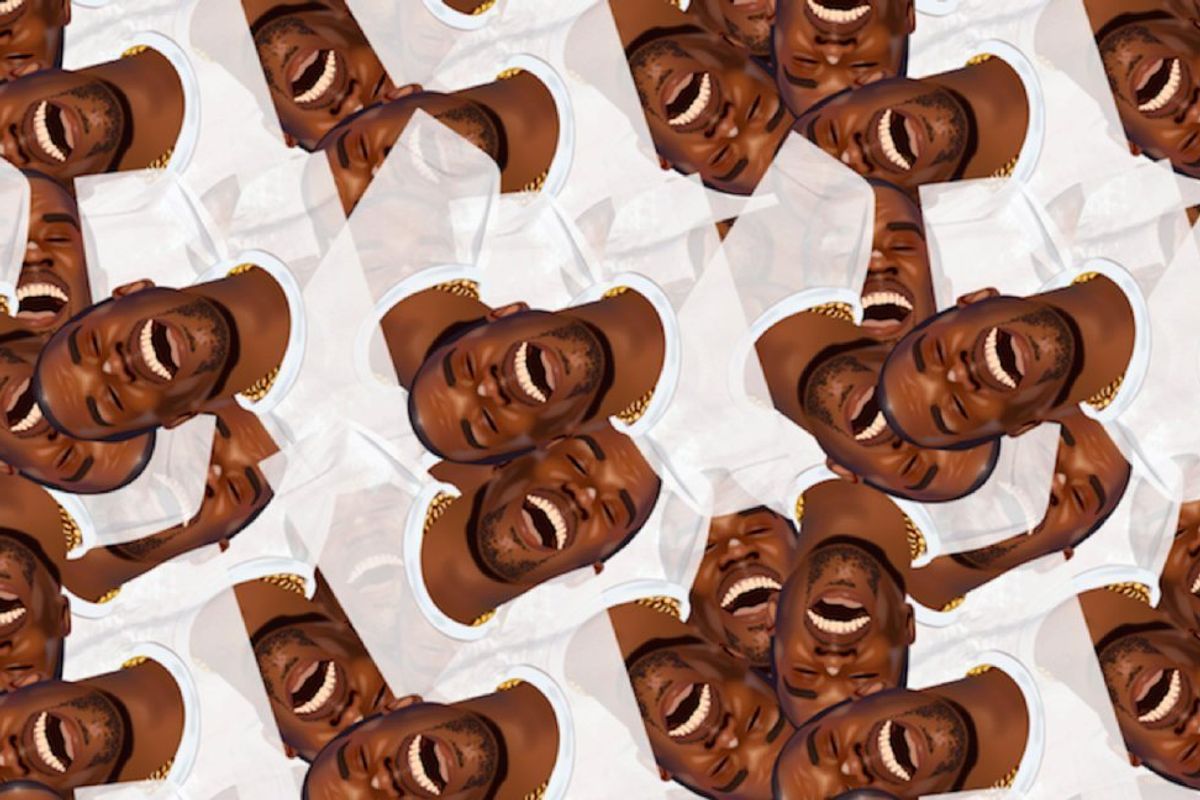 In true Kim Kardashian fashion, the star is already miles away from the "on the fence" fiasco that she clarified over the weekend, in the great big PR interstate. Mrs. West is now selling new phone cases from her #KimojiMerch store with the glorious face of her husband, Kanye, mid-rapturous laugh.

KKW tweeted about the one-day only sale an hour ago:

The $28 case, which I'm sure will sell out within the next hour or so, could be the very thing to get us through the current horror of the official new presidential poll indicating Trump is now ahead of Hillary Clinton going into tonight's first presidential debate.

Laughing Kanye, save us from the wolves.