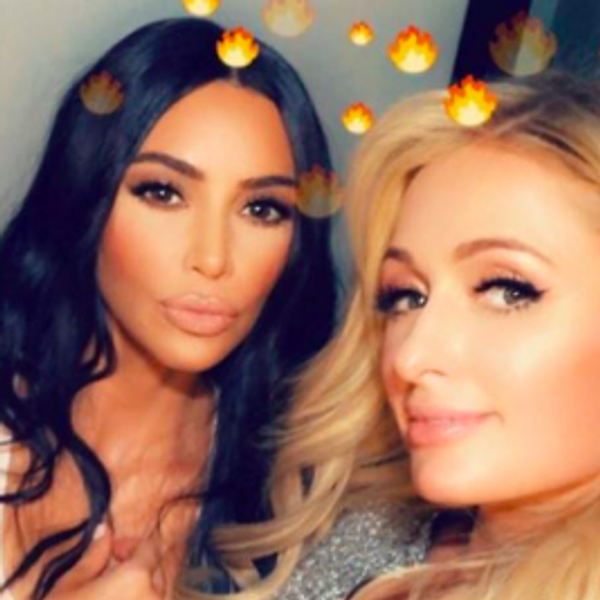 In case you were wondering, yes, Kim Kardashian West and Paris Hilton are still hanging out.

KKW, and her sis 'Poosh' CEO Kourtney Kardashian, came through for the DJ/ heiress's 38th birthday celebration on Saturday night, which comes a month after her actual birthday, February 17. The party also doubled as a St. Patty's Day bash, and the party looked insane.

Kim shared videos from the event on her Instagram Stories, showing Paris in a fabulous glittery, deep-plunged neckline number. The two clearly have a lot of love for each other. "Happy birthday Paris, even though your birthday was month ago," Kim said in one of the videos. "But she deserves it."

This isn't the first time the two have hung out together recently. According to E! News, Paris also attended the most recent annual Kardashian holiday party hosted at the West household. She also attended Kris Jenner's 2016 holiday party. In 2018, Paris was also among the Kim Klones for Yeezy Season 6.

The two have known each other since they were kids, and Kim would go on to be known in the 2000's as Paris's BFF and assistant as seen on The Simple Life. For a while they were rumored to have had a falling out, and some sites claim that their friendship "officially ended" in August 2009. But, obviously, that just isn't the case.