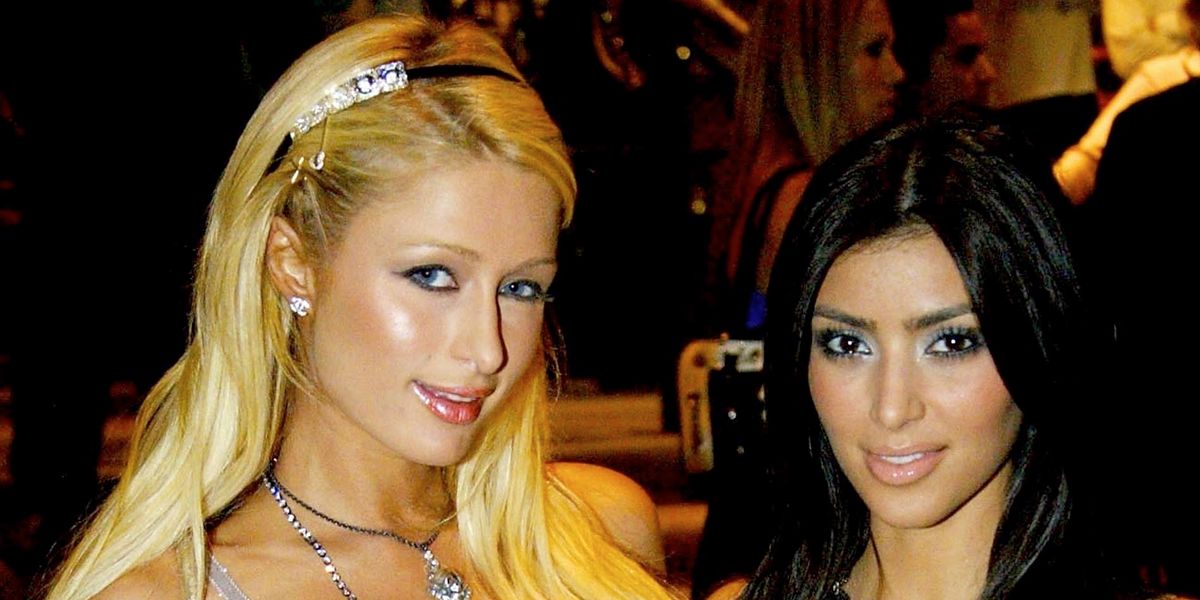 Paris Hilton and Kim Kardashian had a rough decade there, but they've been doing good lately! It's all been uphill since the days when Kim moonlighted as the heiress' personal shopper. How times change.

Now, the reality TV icons are planning their first collaboration in years. According to TMZ, Kim was seen hanging out on the set of Paris's new music video for her single with Dimitri Vegas & Like Mike, titled (drumroll) "Best Friend's Ass."

Paris and Kim both teased a video of themselves blowing kisses behind a heart-dotted filter on-set for the "secret project," wearing slinky silver mini-dresses, like those they used to be photographed in stumbling out of LA clubs circa 2006.

The throw-back 'fits and winking title have fans in a frenzy over what "Best Friend's Ass" means for the Kim-Paris legacy. Is it their official BFF comeback? Will we be seeing Paris around this season of Keeping Up? Will Kim make her first foray into music since 2011's "Jam (Turn It Up")?

The nostalgia is lethal, but we'll know soon enough. RuPaul's Drag Race star Derrick Barry and Britney Spears impersonator was also papped on the set along with a few snakes and shirtless dudes, so whatever it is, "B.F.A" is bound to be one hell of a spectacle.