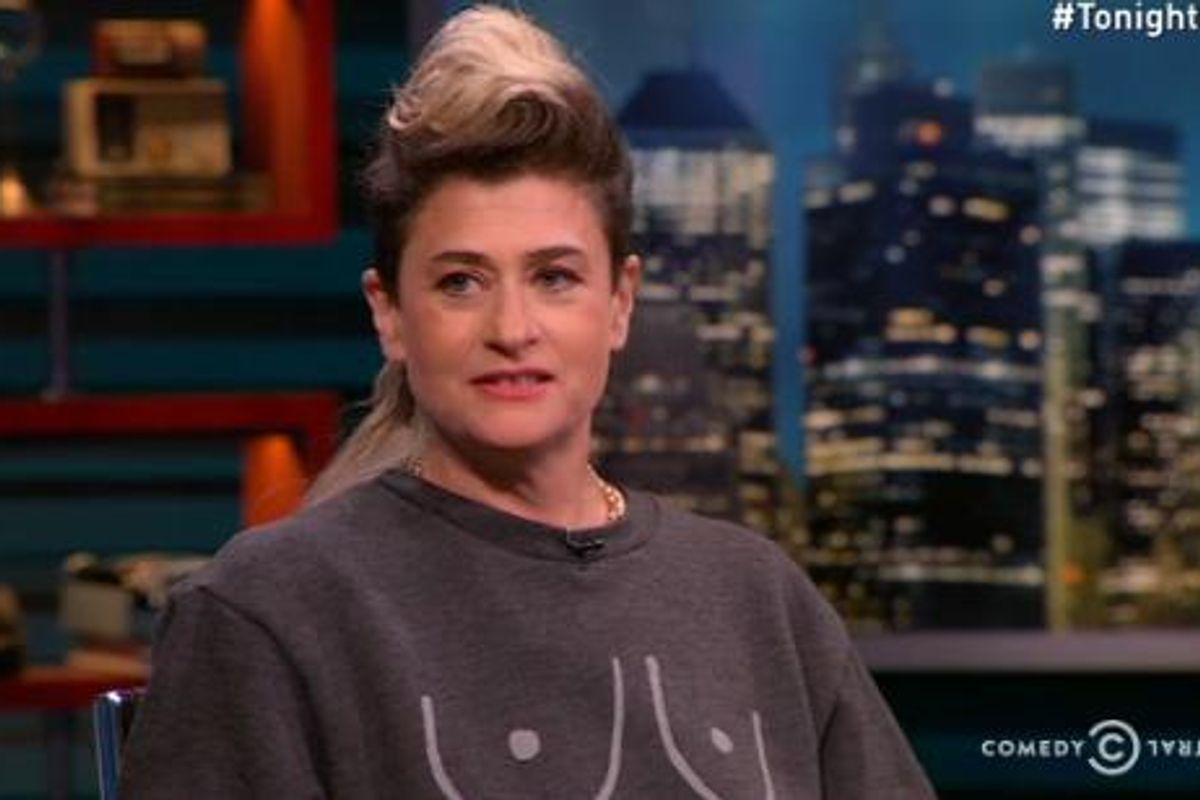 Electro thrash prophet Peaches was featured on the panel for The Nightly Show with Larry Wilmore last night...

..., and the topic, not surprisingly, fell on Kim K's latest nude selfie debacle.

The other panelists, including Holly Walker and Grace Parra, agreed with Peaches that Kim's photo was A-OK, and that the world is still absurdly uncomfortable with a woman owning and displaying her own naked body.

Peaches, who's no stranger to nudity and sexual empowerment in her own music, made a brilliant point:

She also had another message of solidarity for Kim against her puritanical haters:

"Steamroll them! If you don't have haters, you're not doing anything."

There MUST be a Kim and Peaches collab on...something.