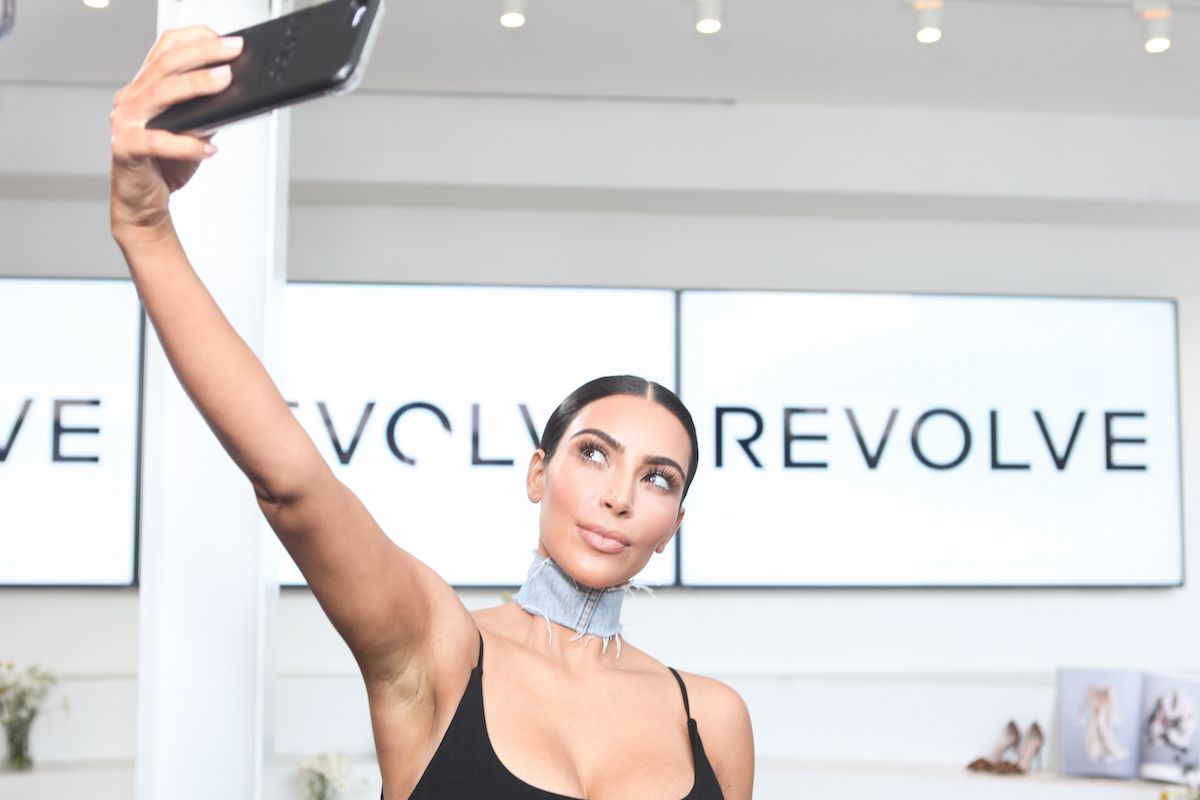 We Can All Go Home Now: Kim Kardashian Won't Be Voting For Trump, After All

After a weekend of a collective side-eye from the internet, Kim Kardashian took time to clarify that she will not be voting for Donald Trump, after she recently declared that she was "on the fence" about where her allegiance fell for November's presidential election.

The star faced some serious "Girlllllllll" after it was noted in her Wonderland Mag interview that Kimbo initially thought, "'Oh my god, I'm so Hillary [Clinton],' but I had a long political call with Caitlyn [Jenner] last night about why she's voting Trump. I'm on the fence." Jenner has also received tremendous backlash from the LGBT community for her staunch reluctance to detach herself the largely anti-trans Republican party.

KKW quickly took her to website this weekend to assure the public that:

A "quote" of mine was released yesterday causing my phone to blow up by friends, family and even both candidates' camps, so I want to explain the context in which I said I was "on the fence" about my vote.

There was a point when I wasn't 100% sure I was even going to vote in this election; I didn't want to vote blindly. But I also thought about how not voting would mean that I wasn't making my voice heard, so I decided to talk to my closest friends and family who I love and trust, to have an open conversation about politics.
I believe we owe it to ourselves, and to each other, to ask questions. To do our research so that we vote for the candidate who represents our own beliefs. We should start at a place of openness, receptiveness and honesty, and we should talk to those we love, trust and respect.

I had a long conversation with Caitlyn, who has always been open about her political views, and she encouraged me to do my research before making my decision and then vote for the candidate whose policies aligned with the things that matter most to me. And so that's what I did. I thought about the things that are so important to me that they outweigh everything else, such as gun control and protecting women's rights to safe and legal abortion.

I found that without a doubt, I stand with Hillary. I'm with her. I believe Hillary will best represent our country and is the most qualified for the job. This year, I'm not just voting for myself, but also for my children, and I took that into careful consideration when I made my decision. Now that I have made my choice I want to be clear... I would never judge anyone based on their political or religious beliefs. I believe that both candidates have the intention of making the country a safer and stronger place for every American, they just have different ideas about how we get there.

God bless America for allowing us to even make these decisions – there are so many in this world who are not so privileged.

I got my selfie!!! I really loved hearing her speak & hearing her goals for our country! #HillaryForPresident pic.twitter.com/zGpdcGSZBD
— Kim Kardashian West (@KimKardashian) August 7, 2015