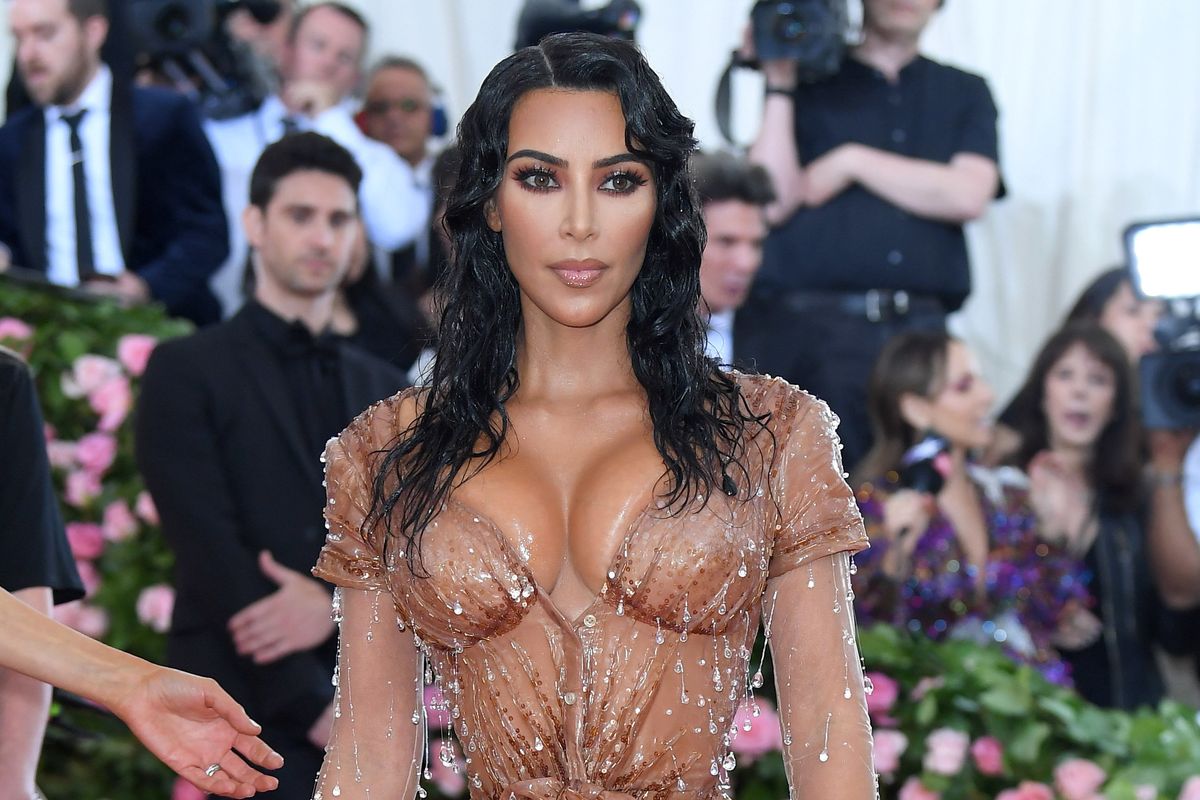 For the 2019 Met Gala, Kim Kardashian brought out an extreme hourglass silhouette that was a lot even for the noted waist trainer-lover. Now, thanks to a new behind-the-scenes video for Vogue,we can see what exactly it took to get her into that mind-bogglingly tight Thierry Mugler number.

A silicon masterpiece, the dress was also made of silk organza, had an assortment of dangling crystals, and required the star to be laced into an extreme Mr. Pearl corset. But apparently even the teeniest of corsets was no match for Kardashian's determination.

"I think we can go tighter," she says as multiple people help lace her up. "If I don't sit down for dinner, now you know why."

But that's not the wildest part. Later in the video, Kardashian explained that her team has to come up with a contingency plan just in case she needs to use the bathroom, as she "won't be able to pee for about four hours."

That said, as Kardashian reveals, she's unfortunately a "nervous" pee-er. Not only that, but she also hadn't peed the entire time she was getting ready, "so of course I'm gonna have to pee like a million times."

Ah, the things we do for fashion. Watch her entire getting ready video, below.