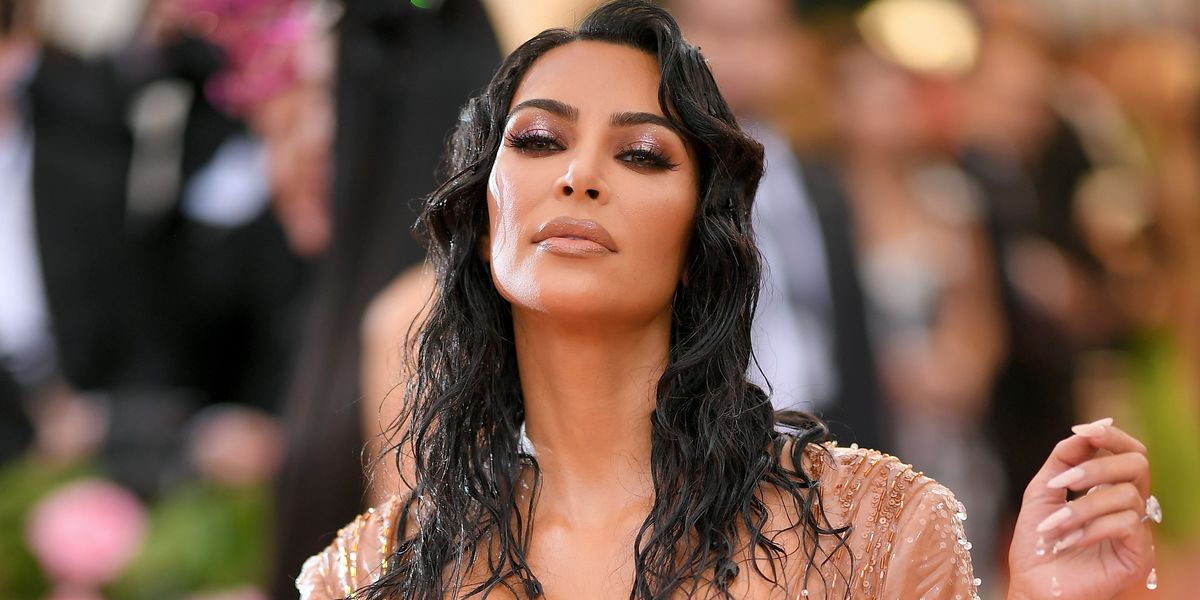 Some may argue that Kim Kardashian West didn't need to dress on theme for tonight's Met Gala, "Camp: Notes on Fashion," because she is Camp. She proved as much with a beaded latex Thierry Mugler dress made to look like she had just stepped out of the ocean, à la Sophia Loren in 1957's Boy on a Dolphin.

The dress took eight months to make, according to Kardashian West, who told Vogue on the red carpet: "This is the first time in 20 years Mr. Mugler has designed for the House of Mugler. So to come and design this gown for me is such an honor. This is about eight months in the making... He envisioned me this California girl stepping out of the ocean, wet, dripping."

The skin-tight dress was embellished with crystals made to look like dripping water, all the way down to Kim's manicure. Slicked down waves and simple, dewy glam completed the look. Mugler has had a few notable red carpet moments recently, including Cardi B quite literally popping out of a vintage pink and black pearl-in-a-shell look at the 2019 Grammys. A major retrospective for the designer in Montreal is currently on display.

West also posted photos of the classic Loren film on her Instagram stories, indicating it was a major part of the dress' inspiration. Kanye accompanied Kim wearing the kind of simple Dickies zip up jacket my dad, a contractor, would wear to work. A man of the people!