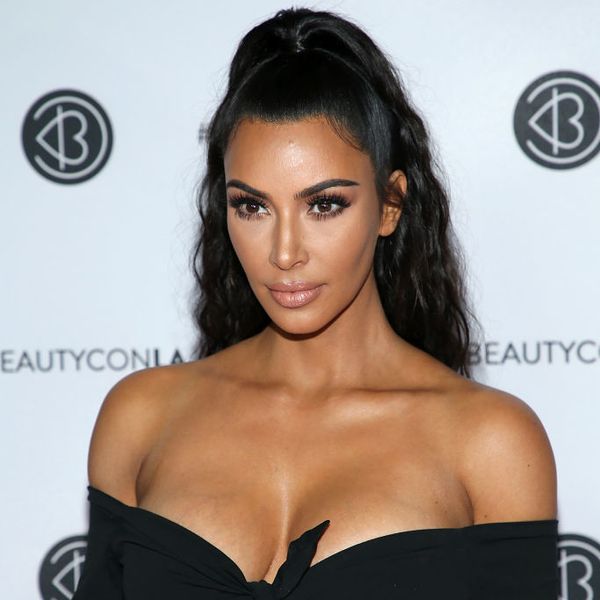 After acing her recent torts exam, Kim Kardashian has been offered a job with Robert Shapiro's law firm. Yes — Shapiro is the man portrayed, not exactly flatteringly, by John Travolta in 2016's American Crime Story: The People v. O.J. Simpson. He worked closely with Kardashian's father as part of Simpson's defense team, although arguably neither of them contributed all that much.

Shapiro told TMZ that the "door was open" at his firm if and when Kim passes the bar — she's planning to sit the notoriously tricky entrance exam in 2020. "I think she'll be a sensational lawyer," he told a reporter. "Look what she did with the President, she got someone right out of jail." Shapiro was referring to Kardashian's successful campaign to free non-violent offender Alice Marie Johnson — the 63-year-old had been put behind bars in 1996 for a drug crime.

TMZ asked Shapiro whether he thought Kardashian would be taken seriously by the legal community given her celebrity status, and he admitted she'd chosen a "difficult" path, especially as she's studying via correspondence instead of going to law school. As her many haters will be quick to point out, Kim never finished college, but it turns out this isn't technically a prerequisite. The state of California allows students to attain legal qualifications by apprenticing to practicing attorneys — she's enlisted two mentors, Jessica Jackson and Erin Haney, who supervise her studies for 18 hours each week.

"It's gonna be a very difficult and long process for her doing it the way she's doing it, I wish her the best of luck," Shapiro said. "She told me a year ago she was planning on doing this, so she's serious about it, and I hope she's successful." He then added that her dad's genes won't help her much, because "he didn't really practice law." Shady!

Kim Kardashian West on Instagram: “Last year I registered with the California State Bar to study law. For the next 4 years, a minimum of 18 hours a week is required, I will…”