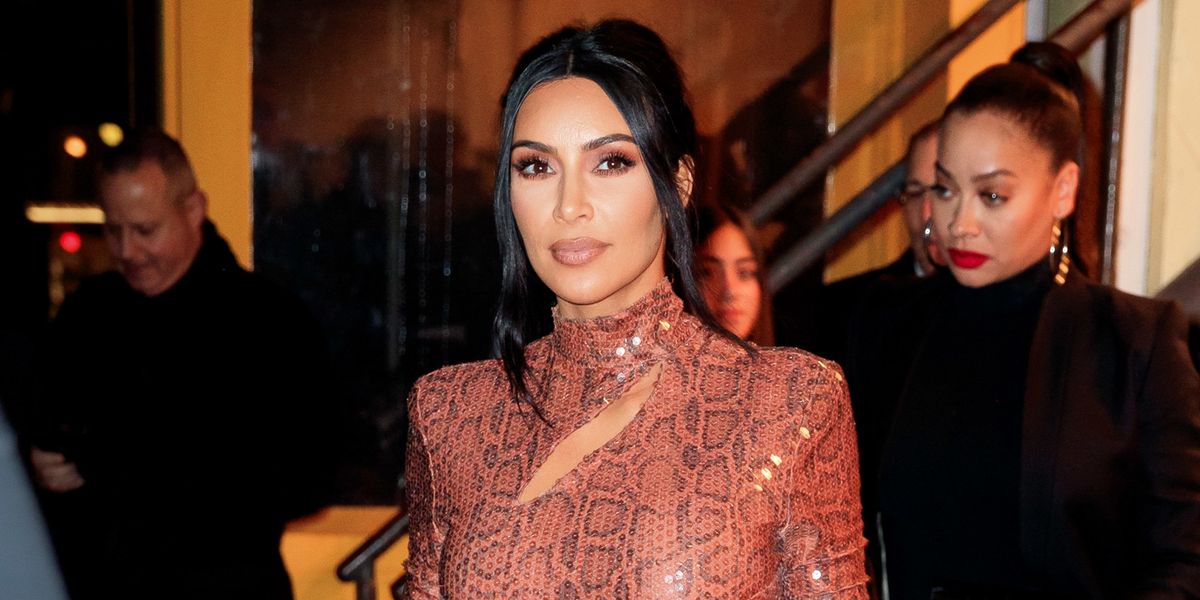 Vogue interviewed Kim Kardashian West for its May cover story, and there are two big reveals: first, that KKW has a breakfast nook that "comfortably seats 20," and second that she's studying for the bar. What, like it's hard?

Kim has taken an interest in political and legal affairs of late, so the career pivot isn't super surprising. Last year, she successfully campaigned for the freedom of non-violent offender Alice Marie Johnson — the 63-year-old had been put behind bars in 1996 for a drug offence. As activist and CNN commentator Van Jones describes it to Vogue, Donald Trump found Kardashian West's rhetoric extremely persuasive.

But Kardashian West still says she felt uninformed and inadequate during those White House meetings: "I'm sitting in the Roosevelt Room with, like, a judge who had sentenced criminals and a lot of really powerful people and I just sat there, like, Oh, shit. I need to know more." So now she's studying law, in between juggling business and family commitments.

As her many haters will be quick to point out, Ms. Kardashian West never finished college, but it turns out that this isn't technically a prerequisite. The state of California allows students to attain legal qualifications by apprenticing to practicing attorneys — she's enlisted two mentors, Jessica Jackson and Erin Haney, who supervise her studies for eighteen hours each week. She's aiming to take the state bar exam in 2022.

And guess what? She's finding her studies pretty easy so far.

"To me, torts is the most confusing, contracts the most boring, and crim law I can do in my sleep," Kardashian West told Vogue. "Took my first test, I got a 100. Super easy for me. The reading is what really gets me. It's so time-consuming. The concepts I grasp in two seconds."

Has she tried balancing her books on a Stairmaster?