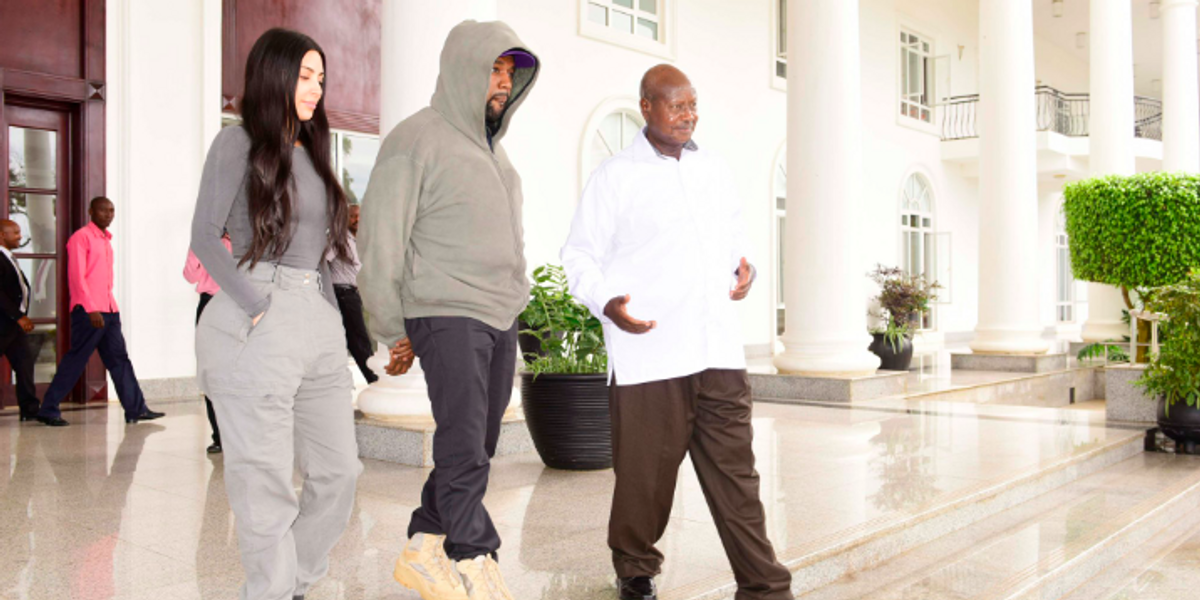 Inside Kim and Kanye's Surreal Meeting With Ugandan President

Kim Kardashian and Kanye West are currently in Uganda, where Ye is working on his upcoming album, Yandhi. They've been busy handing out Yeezys to schoolchildren and meeting with President Yoweri Museveni, who has ruled the country for 32 years and been accused of multiple human rights abuses. This trip is surreal. Surreal! Where does one even begin?

TMZ reports that Kanye told Museveni that he wanted to turn part of Uganda into "Jurassic Park." How he would do this is unclear. Jeff Goldblum and the dinosaurs do not appear to be involved (yet).

He also gave the president a pair of white Yeezy Boosts.

Museveni, who was recently accused of authorizing the torture of four members of parliament and pop musician Bobi Wine (he called the allegations "fake news"), seemed to have never heard of Kim K. As People reports, "The president then asked what was her job and Kim, very politely, said that she had a TV show with sisters and family and they were all waiting for her return."

What timeline is this? Please, let us out of it.