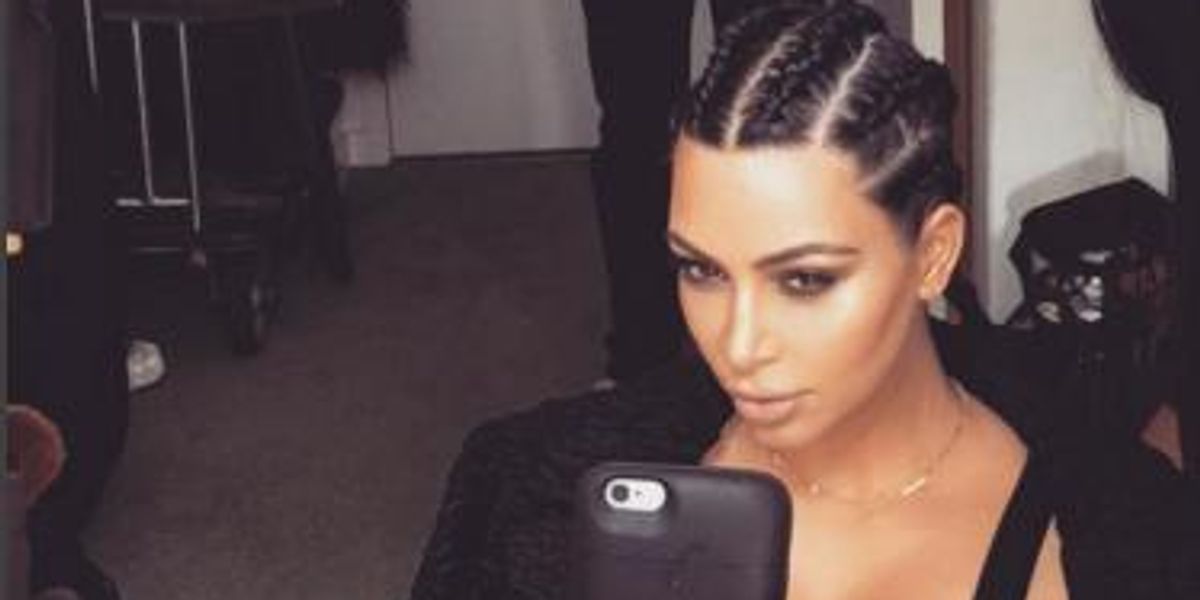 Kim Kardashian's having a banner social media week so far, setting the Internet ablaze with a nude Instagram selfie Monday morning, shutting down her haters on Twitter, and writing empowering essays about being proud of herself and her body. So naturally she decided today was the day to explore a new social media frontier and join Snapchat.

Kim must still be feeling pretty fired up with righteous female empowerment rage, because one of the early snaps implies she's all out of fucks to give. Lily Allen's "Fuck You (Very Much)" plays in the background as Kim gives the camera her trademark pout. The bottom of the shot is lined with a row of emojis including bullseye, fire, 100, flipping the bird hand--you get the picture. Go ahead, try and slutshame Kim on Snapchat. I dare you.